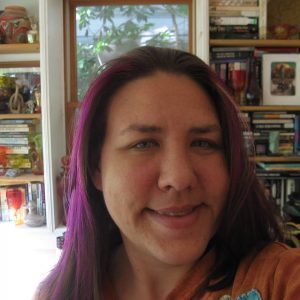 Kat’s Temporal Lobe Diaries is a blog by Kathryn Slagle, formerly known as Kat’s Faerie Tales. She covers personal issues including epilepsy and medical marijuana. Kathryn was diagnosed with temporal lobe epilepsy in 1997. She has been a vocal advocate since then. Kathryn lives in Pennsylvania with her husband, daughter, son, and two cats. She writes about her life with seizures, cannabis, and much more.

“Medicated” is about the effects epilepsy and seizure meds have on memory and daily living. Kathryn shares personal anecdotes about her seizures and memory loss. It includes a candid discussion about medical marijuana as a treatment for epilepsy. Medical marijuana has drastically reduced the amount of seizures Kathryn has. Despite marijuana’s reputation for causing short-term memory loss, it helps control her seizures which reduces confusion and memory loss for Kathryn. This blog is about the fine line of hope and fear one must walk when living with seizures. That includes taking anti-epilepsy meds, vitamins, and cannabis.

NEXT UP: Be sure to check out the next post by Jamie at livingwellwithepilepsy.com for more on epilepsy awareness. You can check out any of the Epilepsy Blog Relay posts you may have missed.