About Epilepsy: The Basics

Home » About Epilepsy: The Basics 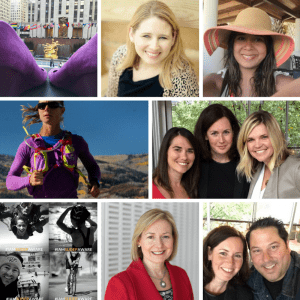 Epilepsy is a chronic chronic noncommunicable disease of the brain that affects people of all ages, with many possible causes. Causes include illness to brain damage to abnormal brain development, however 60-70% of people with epilepsy have no known cause.

How common is Epilepsy?

According to a journal article published in Epilepsia, “Epilepsy is one of the most common neurologic conditions in the world, but the current estimates of 50 million people worldwide (WHO, 2004) lack precision and do not provide an estimate of the proportion with active epilepsy (AE), that is, those who may benefit from treatment.” This research team conducted a meta-analytic approach to available data on active epilepsy cases and determined that globally a more accurate number is 68 Million. The following has since been referenced in (JAMA Neurology, 2018):

According to a paper on the “Epidemiology of Global Epilepsy” published in Neurologic Clinics, Epilepsy affects more than 70 million people worldwide with approximately 90% of those suffering from epilepsy in developing regions. As you can see there is still quite a bit of uncertainty around the prevalence of epilepsy.

What is a seizure?

A seizure is a sudden surge of electrical activity in the brain. Seizures can cause strange sensations, emotions, and behavior. Seizures can also cause convulsions, muscle spasms, and loss of consciousness.

Can kids get it?

Yes, kids can be diagnosed with epilepsy. About 470,000 children in the US under the age of 14 are living with epilepsy. Early recognition and diagnosis is key.

Can you die from epilepsy?

Yes, in fact many of these deaths are attributed to SUDEP or Sudden Unexpected Death in Epilepsy.  In SUDEP cases, no other cause of death is found and the person was otherwise healthy. Each year, about 1 in 1000 adults and 1 in 4500 children with epilepsy die from SUDEP.  Could be as many as 65-70,000 deaths each year. Learn more on SUDEP.

Recent research shows the better we can be at taking our medication on a regular basis in an effort to control our seizures the better chance we have to keep SUDEP at bay.

Is there more than one type of seizure?

It is estimated that there are more than 40 types of seizures. They are categorized a number of different ways but first and foremost seizures are lumped into two groups: Generalized and Partial. As you might expect, generalized seizures affect the whole brain at once, whereas partial seizures affect only a portion of the brain during the seizure.

Seizures do NOT all cause convulsions which makes epilepsy that much more difficult to diagnose, especially in children. In 2017, the ILAE spearheaded a new classification of seizures. This provides an update to physicians diagnosing seizure types.

Does everyone who has a seizure have epilepsy?

Having a seizure does not necessarily mean that a person has epilepsy. Epilepsy is diagnosed when a person has one or more unprovoked seizures. A fever or head injury can provoke a seizure and not result in a diagnosis of epilepsy.

How do you know if you’ve had a seizure?

In my case, you know because suddenly you are on the floor when previously you were not. Oh, and you can’t explain how you got there. If you are concerned you may have had a seizure it is best to be seen by a neurologist who specializes in epilepsy.  These specialists are referred to as epileptologists. He or she will usually conduct a clinical exam. The doctor may then request an EEG and/or MRI as further evidence of their clinical findings.

What do you do if someone is having a seizure?

No compressions–they are not having a heart attack, and please don’t put any dirty old wallets (or anything else for that matter) in the person’s mouth. Just try to remember the 4 C’s of seizure first aid: stay Calm, Clear the area, Comfort the person, and Call 911.

Does epilepsy have a ribbon or a color?

Does epilepsy have an awareness month?

November is Epilepsy Awareness Month. There are lots of activities to raise awareness from walks to ways to share your story.

Below you will find personal stories from people living with epilepsy 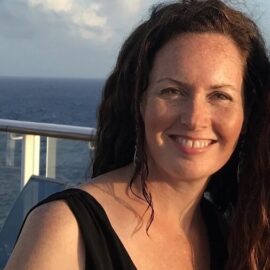 It's not always easy, this life and feeling grateful, especially when epilepsy is in the mix. So, I wanted to share a little about my perspective on gratitude. Read More 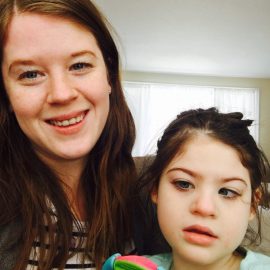 Jenny takes a moment to practice gratitude despite her daughter's illness during a particularly difficult time. Read More 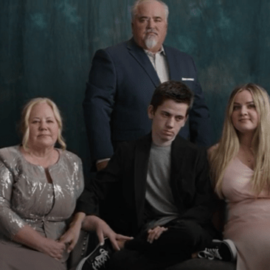 Meet the Tuholsky family and learn about their journey with their son Kyle’s epilepsy. They are remaining positive and advocating for better seizure control. Read More 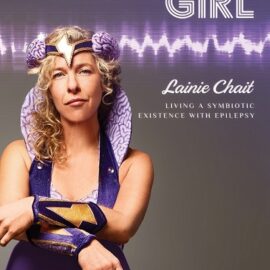 Lainie has taken going public with her epilepsy to the next level. She's written a book, taken to the stage and is launching a podcast! Check her out. Read More