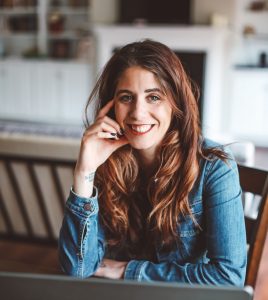 In 2011, I started a blog about my running evolution, life as a single mom, and my journey with epilepsy. At the time, I was off medicine since it had been a substantial amount of time between seizures. My epilepsy reared its ugly head again with cluster seizures. As a result, my neurologist prescribed medication again. My doc told me I was to not give myself permission to take myself off it unless I had a doctor’s approval.

Fast forward to 2014, I had another seizure when I was pregnant with my second child. This was after arguing with my doctor about not needing to proactively take a Class D medicine that could potentially harm my unborn child.

I thought I had it all under control.

Honestly, I know I am blessed and fortunate.  I have been seizure free for 5 and a half years, and rarely have any complaints.  I do have memory issues, and currently am working through those with a LOT of reminders, sticky notes, and alerts from Siri (ha- thanks iPhone).  At the same time, I realize that it could be so much worse- and that is why I am an advocate for people living with Epilepsy.

The majority of my life I have lived seizure free.  Yes I was a premie, and had seizures in the NICU- however my next one wasn’t until I was 5 years old.  Then, the following one was when I was 21.  16 years of freedom, and at that point doctors believed I had outgrew it.

After that I had cluster seizures from age 21 to 30… however with years in between each one.  We arent’ too sure of why I have them-  I personally believe it was my lifestyle.  Extremely stressed, in an unhealthy relationship for the first half of those 9 years, too much partying/alcohol, and two of those seizures were when I was pregnant.

I have learned my lessons- and have some suggestions on ways you can improve your lifestyle with the hopes of becoming or staying seizure free.