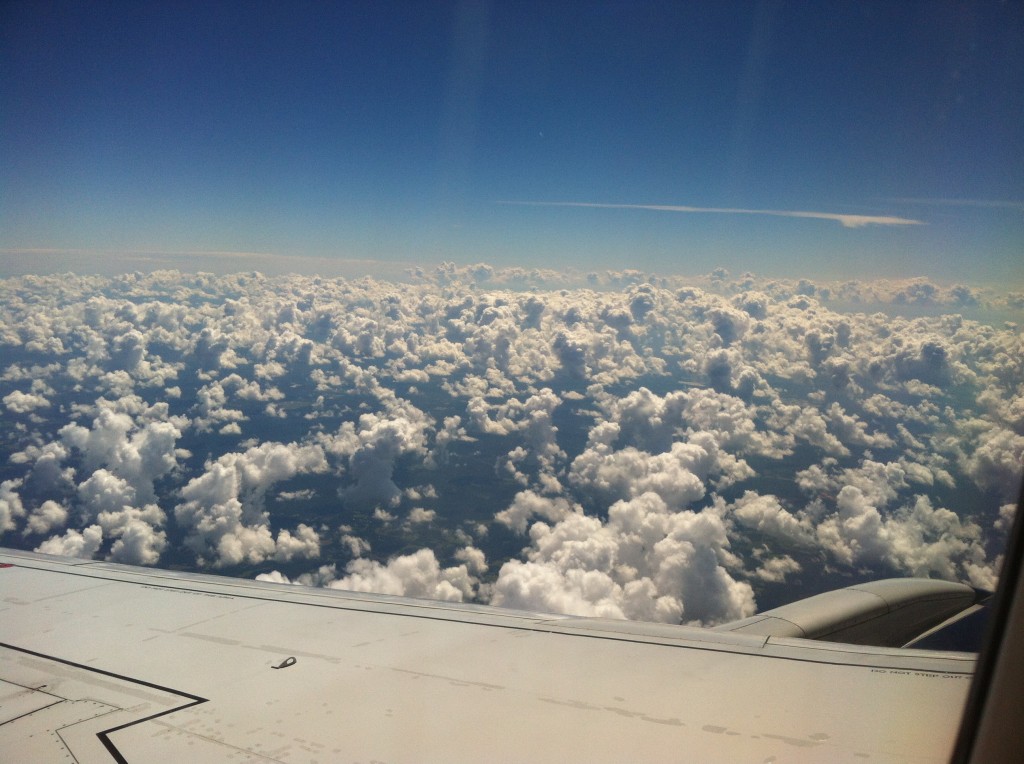 Over 20 years ago, I told my neurologist that before menstruation, my number of seizures increased. I had never been told (or read) my monthly cycle could be a trigger, but my gut feeling said it was. My doctor assured me that menstruation was not a trigger and the increase in my seizures was mostly likely stress related. She stuck to the facts, as doctors do. 20 years later, The Epilepsy Foundation released that 50% of female patients of childbearing age, are likely to have an increase in seizures related to the hormonal changes that occur with menstruation; a physiological change. My story is not to discredit my doctor’s knowledge, but to show doctors are limited to what is scientifically proven at that given time. Our knowledge of epilepsy is constantly evolving.

Is there a link?

In December, at the American Epilepsy Society conference sponsored by Sunovion and The Epilepsy Foundation, I met people that said after air travel they had an increase in seizures and believed the altitude was the cause. When speaking to their doctors, they had also been told it was most likely stress related. Even with that explanation, most felt there could be something else to trigger the increase. While there is no evidence that the likelihood of seizures increases at higher altitude, I believe it isn’t far-fetched to deduct a change in altitude could lower seizure threshold. Here’s what I learned while researching.

The WHO reports aircraft cabins are pressurized at lower air pressure than sea level. The typical cruising altitude ranges 36,000 – 40,000 feet; air pressure in the cabin is equivalent to the outside air pressure at 1,800 – 2,400 feet. This low air pressure decreases the oxygen level in your blood, a physiological change. Decreased oxygen in blood can lead to hypoxia, the lack of oxygen in your tissue, organs, and brain. Severe hypoxia is a known flight risk and has also been linked to triggering seizures. Low oxygen levels won’t harm the average flyer, but what about those predisposed to seizures? I wonder if it’s possible that the physiological changes that occur with lower air pressure can increase seizure risk. It’s only in the past 10 years that we learned people with cardiovascular problems have increased risks with air travel. Imagine what more will discover 10 years from now!

Hearing stories of epilepsy patients consistently having seizures after air travel has helped me appreciate how lucky I am. I’m so thankful that overall I am a healthy person and that epilepsy doesn’t hinder my travels. Unfortunately, for many epilepsy patients this does not ring true. This also reminds me how far away we are from truly understanding epilepsy. As mentioned before, our knowledge of epilepsy is constantly evolving. The more we question, the more likely researchers will want to provide an answer.

I’m Maureen, and I have epilepsy. You’re probably reading this because either you have epilepsy, or you love someone that has epilepsy. Whatever sparked your curiosity, I am happy to be sharing my experiences with you. From having seizures in foreign countries to begging pharmacists that don’t speak English for medication, I can definitely say that it’s been an interesting journey. Hopefully reading about my ups and downs, and my everyday and not so everyday adventures will inspire you too! Welcome to my life of living well with epilepsy!