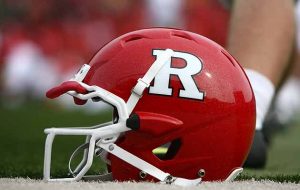 On Thursday February 2, Living Well With Epilepsy will have the opportunity to interview Coach Jerry Kill, Rutgers University Football’s new Offensive Coordinator. If you are not familiar with Coach Kill, he spent five seasons as head coach at Minnesota and earned Big Ten Coach of the Year in 2014. And, according to a release published by Rutgers Athletics, Coach Kill brings more than 30 years of experience with recorded winning seasons in 15 of his 22 years as a college head coach.

Many in the epilepsy community also know Coach Kill as an advocate. Kill was diagnosed with epilepsy as an adult. After a few seizures on the field he retired from his position as head coach of the Minnesota Gophers. Leading up to SuperBowl LI, Coach Kill has joined forces with UCB and the Epilepsy Foundation of America to raise awareness and funds to support people living with epilepsy. The campaign is #TackleEpilepsy, and encourages those affected by epilepsy to use the hashtag and to share their game face.

Here is how you can help #TackleEpilepsy by sharing your game face for the big game this Sunday:

Keep an eye out for our interview with Coach Kill.