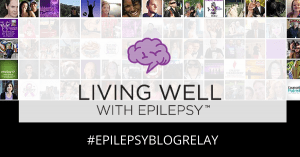 Ever heard of Thunderclap? It is a new online crowdsourcing tool that has been used by TOMS, SONYPictures, Self Magazine, BBC among other brands and organizations. Living Well With Epilepsy has created our very own Thunderclap to spread the word about the Epilepsy Blog Relay™.

This is a tool that lets a message be heard when you and your friends say it together. Think of it as an “online flash mob.” Join the Epilepsy Blog Relay Thunderclap, and you and others will share the same message at the same time, spreading an idea through Facebook, Twitter, and Tumblr that cannot be ignored.

We have set a goal of 100 supporters (that social supporters NOT $$ supporters). At this writing we have reached 90% of our goal with 16 days to go. We just need 10 more:

And it only takes a few seconds.

Just visit our Thunderclap and show your support thru your FB or Twitter account (not dollars just social).