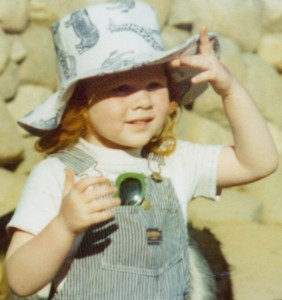 Vanessa at the Zoo

The following guest post was submitted by Paula Apodaca. Her site E. is for Epilepsy has been around since 2006. Paula was kind enough to contribute her story on the early days of being a mom with epilepsy.

I have had epilepsy since I was three years old and I would like to share my experience with epilepsy. I was born in 1952, and back then, it was still illegal for a woman with epilepsy to get married. When I was a young girl, all I could think about was getting married and becoming a mother.

Growing up I wanted wedding dolls, or  “bride dolls” as we called them. But, my mother and grandmother gently coaxed me away from those ideas. When I grew older, in my teen years, my mother sat me down one day and told me that I could not get married or have children and that I should think of some other goals for my life.

Pregnancy was not an option

Doctors told me that a pregnancy would be debilitating on my body and probably provoke seizures. With new seizures, I would be physically unable to care for a family or children. It wasn’t until years later that doctors admitted this was an erroneous view and that women with epilepsy would have no more risk of being pregnant and delivering a baby than any other woman.

Then when I got pregnant, I expected congratulations from my friends and family. However, none of them were pleased. In fact, they did not even throw me a baby shower. They asked me questions like “What if you have a seizure and drop the baby?” or “What if the baby ‘catches’ your epilepsy?” Overall, this depressed me greatly.

When I had Vanessa, I went to live with my mother for a while. She was concerned about my skills as a new mother. I suppose she would have been concerned about this anyway. I probably would have wanted her to help with the new baby, but the whole time I keep thinking she didn’t trust me because of my epilepsy. After about a month, she came to the conclusion that I knew what I was doing and she agreed I should go home. I promised I would call if I ran into any difficulties.

My daughter is now 42 years old and she has two daughters and two grandchildren. I have always been pleased with my decision to go ahead and have my daughter. She means the world to me, is healthy and well, and has been her entire life. I never dropped her and she did not “catch” my epilepsy.

The most important thing for a mother with epilepsy is that she eat well, get plenty of rest and avoid as much stress as she can. My advice is simply: find a good doctor, do what he says, and prepare for the biggest joy of your life.