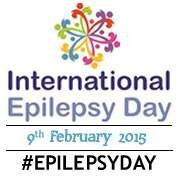 The first International Epilepsy Day will take place on Monday, 9th February 2015. Following on from this, the official day will be the second Monday of February each year. This world day for epilepsy will be a major step in improving epilepsy awareness in every region of the world, and will also highlight the urgent need for increased research into epilepsy.

Epilepsy Around the Globe

This joint iniativate of the IBE and the ILAE will be a major event celebrated across the globe in the 138 of countries in which IBE and ILAE are represented. With both IBE and ILAE in official working relations with the WHO, and with IBE in Special Consultative Status in the Economic and Social Council (ECOSOC) of the United Nations, this will make International Epilepsy Day the most prestigious epilepsy event in the world.