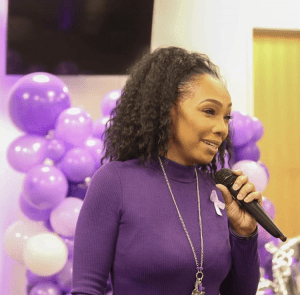 You may know Natalie Beavers as Founder of Angels of Epilepsy, an epilepsy nonprofit that was established to support and educate the epilepsy community. But Natalie is also a STEPS Toward Zero champion and a WEGO Health 2018 Lifetime Achievement Award Winner.

If you don’t know about Natalie and the great work she does, Angels Of Epilepsy, is based in Georgia. The organization supports, advocates, and provides educational information and resources for the epilepsy community. A proud mother of two sons, Natalie was diagnosed with epilepsy at the age of five. In the summer of 2006, Natalie had a seizure while driving — ultimately becoming one of the most pivotal moments of her entire life. Natalie founded Angels Of Epilepsy in 2008. Through her advocacy work, she reaches people with epilepsy across the country, helping provide them with necessary resources such as lodging and transportation when receiving medical care, as well as educational health seminars and workshops.

What is STEPS Toward Zero

We don’t have to imagine living with the constant fear of having a seizure and not knowing when it might occur — we live it everyday. Of course, this is the reality for not only the more than 30% of people with epilepsy who are still having seizures despite taking medication, but anyone who has been diagnosed.

STEPS Toward Zero is a new movement that aims to inspire the entire epilepsy community to set their sights on one goal – zero seizures – and take steps toward it. Now, many of us in the epilepsy community agree that zero seizures may not be the ultimate goal for everyone. But for those who have this as a goal, STEPS Toward Zero, is a great campaign. 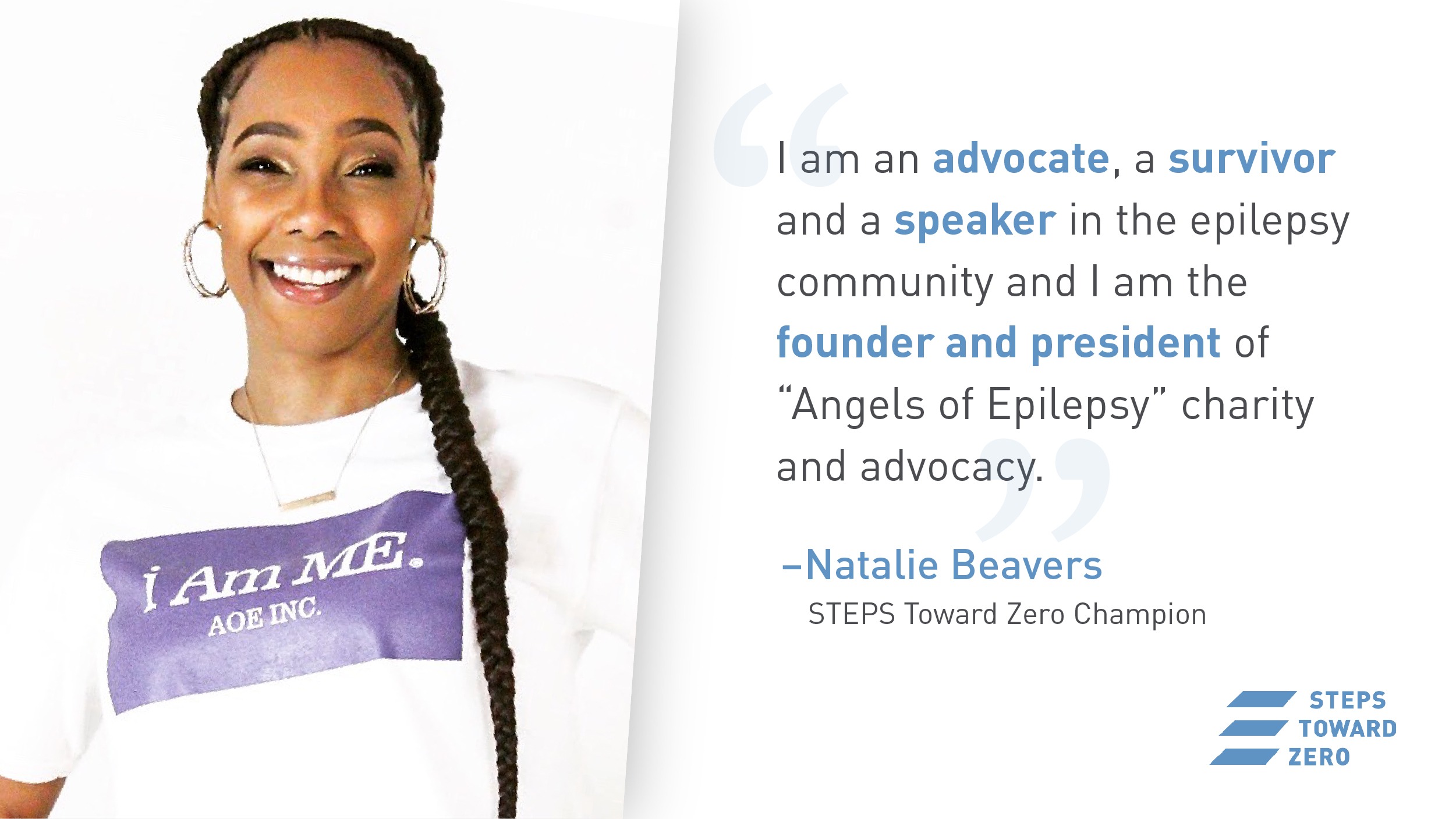 Who developed STEPS Toward Zero

The company behind STEPS Toward Zero, SK life science, is partnering with the Epilepsy Foundation and four community champions living with epilepsy – former NFL player and Hall of Fame inductee Alan Faneca, professional golfer Kenzie O’Connell, and advocates Jared Muscat and Natalie Beavers – to encourage people with epilepsy to learn about what is possible, revisit their treatment goals and access new resources available on www.STEPSTowardZero.com.

How does STEPS Toward Zero work

As part of the STEPS Toward Zero Movement, SK life science invites you, a member of the epilepsy community to join the conversation and share what zero seizures means to you by using #STEPSTowardZero on your favorite social media channel. For every response, SK life science will donate $1 to the Epilepsy Foundation, up to $15,000.

The STEPS Toward Zero movement encourages people living with epilepsy to revisit their treatment goals and access resources available on www.STEPSTowardZero.com including a doctor discussion guide, telehealth tip sheet and seizure journal, to prepare for conversations with their doctors about the possibility of zero seizures.