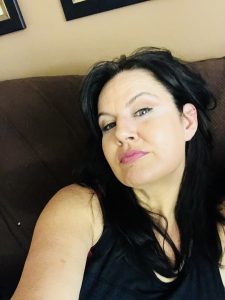 This post is part of the Epilepsy Blog Relay™.

I was first diagnosed with epilepsy almost one year ago at age 49. I quite literally thought I was having a stroke so I went to the Emergency Room. After the ER visit I was referred to a neurologist for follow up. In the meantime, I researched my symptoms and suspected I had epilepsy.

I also discovered I have a rare condition called Todd’s Paralysis or Todd’s Paresis, which causes weakness on the side I have my seizures. Now, after a few months, medication controls my seizures but not the weakness I experience throughout the day. It is incredibly debilitating and is a huge struggle in my daily life.

Even if I’m just cooking or actively moving around my house doing chores I will experience weakness. At times the weakness is so bad that  I’m forced to sit down and rest until it subsides, which is usually one hour. Then I’ll go through it all over again shortly thereafter. Others notice, especially when I am out in public and l appear drunk, stumbling, and uncoordinated. But the really hard part is the exhaustion that comes with the weakness and seizures.

What is Todd’s Paralysis?

Todd’s paralysis, also referred to as Todd’s paresis, Todd’s palsy, or postictal paresis. According to the National Institute of Neurological Disorders and Stroke, Todd’s paralysis is a neurological condition experienced by individuals with epilepsy, in which a seizure is followed by a brief period of temporary paralysis. The paralysis may be partial or complete but usually occurs on just one side of the body.

The paralysis can last from half an hour to 36 hours, with an average of 15 hours, at which point it resolves completely. Todd’s paralysis may also affect speech and vision. Scientists don’t know what causes Todd’s paralysis. Current theories propose biological processes in the brain that involve a slow down in either the energy output of neurons or in the motor centers of the brain. It is important to distinguish Todd’s paralysis from a stroke, which it can resemble, because a stroke requires completely different treatment.

I try to remain positive and tough through my daily struggles but honestly, the fatigue gets in the way of my ability to do most physically normal activities that I am used to. I am also 15 years widowed and raising a young son by myself. Usually the strong one among my family and friends, I now am the one who needs to maintain a less stressful life — as stress, sleep, and dehydration are all major triggers of mine. Thank you for letting me share my story.