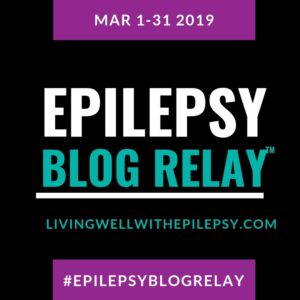 A diagnosis of epilepsy

The journey began for me a little before April of 2008. My first grand-mal seizure that landed me in the hospital really opened my eyes. At the time I was diagnosed, I was 23 and just starting in my adult life. Doctors advised me against having a family, and over the next few years I spent my time re-learning to speak, and feel “OK” being around a crowd.

Flash forward to now, January 2019. It took many tests and trying to get a neurologist that would help, but I finally found answers. After having an EEG done, it was concluded that my seizures are not grand-mal, but they are absence seizures and will not leave.

At first, I spent my life so isolated and scared. But, when I became a mom in 2011, my world changed; I’ve been made to be her mom. I know that I am supposed to display strength and courage to her through me. So, each day may be a struggle and the world may honestly never understand. But, as long as my battle with Epilepsy is with me on top, life is good!

NEXT UP: Be sure to check out the next post by Mike at livingwellwithepilepsy.com for more on epilepsy awareness. You can check out any of the Epilepsy Blog Relay posts you may have missed.