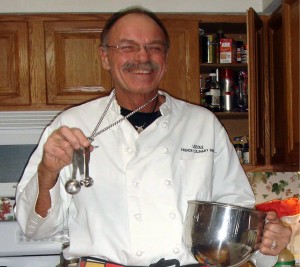 As a chef, my job requires me to stand over 8 hours on my feet. I live with epilepsy and have poor circulation from my legs to my heart. I found the most difficult time of day was the end of my shift at home was when it was time to go to bed. A few months ago, I lost sleep every night through the summer.

Then, one evening, I was at my work table and felt an aura. It was as if someone took a ball and passed it from my right head through to my left side. I spoke up and informed my supervisor of the bakeshop and she said I should sit and take a break. I drank a bottle of water in seconds and returned to work. I was working for an hour and it was time to take my half hour break. I gathered a little food and went out to the patio. As I sat down the sunset and thunder clouds were approaching. There was darkness and then the seizure.

When I came to, it felt as though dozens of people were surrounding me, from Firefighters and EMS to people from work. I was taken from the sidewalk that seemed to hold me down. I just didn’t have the strength to rise. I was placed in an ambulance and the EMS asked what me my name and date of birth.

After being brought to the emergency room, I was released to go home. As I was leaving I had a seizure that had me fall backward. I then was admitted to the hospital, stayed overnight and released the next day.

I’m hoping to stay seizure-free but at the same time, I can’t believe it will not happen again.

I have started the Stephen Piorkowski Epilepsy Scholarship. This scholarship has supported 3 students on their journey to college in the last 2 years. It is an honor to see a scholarship recipient succeed and become more involved with Epilepsy.

NEXT UP: Be sure to check out the next post by Angie at livingwellwithepilepsy.com for more on epilepsy awareness. You can check out any of the Epilepsy Blog Relay posts you may have missed.