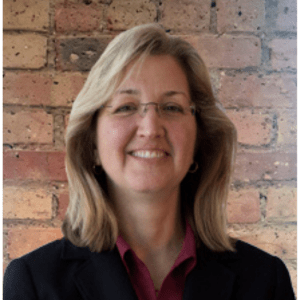 Growing Up with My Sister, Ellyn…and Her Epilepsy

My older sister Ellyn has epilepsy as a result of tuberous sclerosis complex (TSC). She was diagnosed at about three-months-old, so living with epilepsy was my normal. And by “living with epilepsy”, I mean watching her frequent seizures, administering a strict schedule of medications, and being hyper-attentive to her needs. It felt as if all my family’s time and energy were devoted to managing Ellyn’s seizures.

While I am proud to now be the Chief Scientific Officer for Citizens United for Research in Epilepsy (CURE), my relationship with epilepsy – and Ellyn – was a struggle. As a child, I resented epilepsy and the way it impacted my family. I resented the cancelled family events, the lack of a normal social life, and the constant demands it put on me. I resented epilepsy so much that many of my friends never knew I had a sister.

While I was never interested in studying epilepsy, I was always fascinated by the brain. My first science project in junior high was on the brain and in graduate school, I studied how hormones impact the brain. In my mid-thirties, I had a life-changing epiphany about epilepsy. At a Society of Neuroscience meeting, I saw a poster presentation featuring the first images of a mouse brain modeled as if it had TSC. I knew how the cells in a healthy brain were organized, and this brain was far from that. Looking at the chaos of this brain, it finally clicked for me – Ellyn didn’t ask for, nor deserve TSC or epilepsy. I stood there in tears because I finally understood.

This breakthrough allowed me to begin tackling my resentment toward epilepsy. It opened the doors to considering how I could support those with TSC and epilepsy. In 2012, I joined the TS Alliance Board of Directors. I had already been advocating on Capitol Hill as a part of this group alongside my mother.

In 2016, CURE approached me to become their Chief Scientific Officer. I already knew about CURE, being from Chicago, and remember my parents sharing their excitement when, years before, when they watched CURE Founder Susan Axelrod talk about epilepsy on a PBS show. I took a leap of faith, accepted the role, and am honored to help drive science toward cures for epilepsy every day.

As a sibling to someone with epilepsy, I want other siblings to know that it’s OK if you feel angry, sad or scared, but I encourage you to share those feelings and not keep them bottled up inside as I did.

Parents, if there’s anything I hope my story can provide is the knowledge that it’s critical to create time and emotional space with your unaffected children for frank discussions. Even if you think your children without epilepsy are adjusting well growing up with a sibling with epilepsy, check in often, listen, and grow together. They may be more impacted than you realize, and it’s never too early to start addressing these feelings.

Today, Ellyn is doing better than ever. She still has challenges and seizures, but she is joyful and full of love, and has an amazing spirit. She tries so hard at everything she does! Ellyn never deserved the anger that I carried throughout my childhood years and I am grateful I turned that negative energy into a positive force.

I still resent epilepsy, but I love Ellyn to the ends of the earth, and I won’t stop speaking out, fighting, and focusing on the research until cures for all who are affected by epilepsy are found.

Epilepsy nurses' workload 'close to unmanageable' as GPs reach out for help
June 24, 2022 - Nursing in Practice

Can orgasms cause seizures?
June 24, 2022 - medicalnewstoday.com