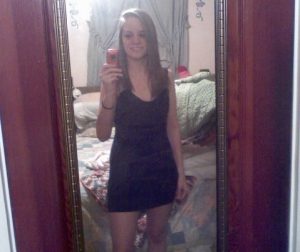 It all began when I was in middle school. I remember sitting down watching TV when suddenly I stood up to give my mom a hug and I fell down unexpectedly. I went to the hospital, and after some tests, they said I had a seizure. Even though I had numerous tests with a neurologist, the doctors were not able to determine what caused the seizure.

We let that one go. The doctor said sometimes that happens.

During high school I started having weird behavior and sometimes I’d wet myself. Well, come to find out, those were seizures, too. But I hadn’t been diagnosed as having epilepsy yet.

I ended up with a broken jaw and got the tip of my cheekbone. I can remember getting mad having my new clothes getting cut off but that’s life.  All I wanted was food but that was impossible because of my broken jaw. Everything went well except when a surgeon explained the risks to my mom in front of me before taking me back for the surgery. I remember one tear running down my cheek. I made it, though, and got stuck eating some nasty pureed foods. I hate soups now!

Everything went well after until last year, I guess. The seizures changed. Before, I would black out and occasionally pee myself. Now I was wide awake and my senses would change. Because of the change doctors put me in the Epilepsy Monitoring Unit (EMU). I had a 5-7 day electroencephalogram (EEG). It wasn’t bad but man, the last half nearly killed me. I was sleep deprived.

Then the bomb dropped. A few neurosurgeons came in and told me I need brain surgery. They did quite a few tests to pinpoint the exact location of my seizures and now I’m still waiting. This place is prolonging the surgery. I’ve been waiting since last October (almost 10 months) until now and still nothing. At the end of this month I’m going back in the EMU and hopefully they will actually take me.

I’m searching into other hospitals now. I don’t care what tests I have to do; I just want my life back. This wait seems worse than my childhood. I’ve never sat around so long and got nothing. But, I know in the end it will be worth it.

Submit your personal story to Living Well With Epilepsy today.