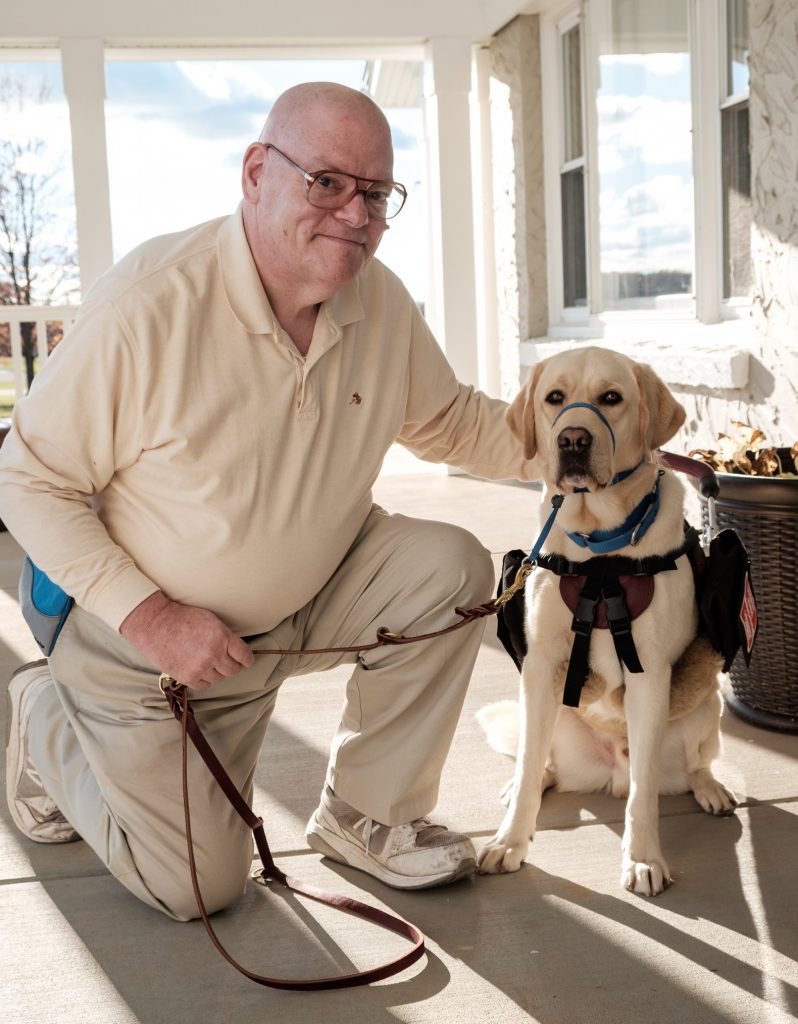 For the past thirty-three years, I have been living with epilepsy, an invisible disability. Epilepsy is neurological disease in which my brain activity becomes abnormal, causing seizures or periods of unusual behavior and sensations, much of which, are invisible.

My Balance Issues – are invisible

Unfortunately, my seizure medications are adding to the difficulty with my balance. That’s because my medications affect the area of my brain controlling coordination and they have the side effects of dizziness and balance issues. The result is that there are many instances without warning that I completely lose my balance.

This loss of balance has led to severe injuries such as broken bones. I deal with this problem by always making sure I have the necessary support needed when I am standing up and when I am walking.

My Anxiety issues – are invisible

It is common to become anxious after being diagnosed with epilepsy. But the anxiety related to my epilepsy is more specific in many ways. I feel anxious before and after each of my seizures happen or as a result of a side-effect of an epilepsy medication. I also feel anxious being excluded from many things I enjoy simply because of my epilepsy. Anxiety affects different people in different ways and it can be very difficult for epilepsy patients like myself to describe or discuss. Most individuals like myself with this condition consult their doctor about medications that can work for anxiety issues or seek psychotherapy counseling that teaches how to recognize and change thought patterns and behaviors that trigger deep anxiety or panic.

My Memory Issues – are invisible

My memory processing is constantly interfered with by my epileptic seizures, my anti-epileptic medications and my brain surgery. Memory is a natural brain process that requires continuing attention and recording by parts of the brain. My seizures interfere with my memory, by interfering with attention or input of information to my brain. Confusion often follows my seizures, and during this foggy time new memory traces are not being laid down in my brain. Also, as a result of my left-temporal-lobe surgery, I lost the use of my “short-term-memory” – related to storage of facts and information, along with the ability to recognize or remember faces or objects. I can’t remember what was said to me just a few minutes ago or remember what happened a few hours ago or even yesterday. My memory is a tremendous challenge for me every second of every day in my life.

To really understand the problems with my memory – I can’t remember the names or the faces of many of my family members or friends that I met since I had my brain surgery. When I see someone again it is like I have to be reintroduced to that individual again. To avoid any confusion, whenever I am introduced to someone – I explain that I won’t be able to recognize them in the future – due to my epilepsy. This works because individuals come to me and reintroduce themselves whenever we pass each other again. Anything that is important to me I have to find a way of saving it on paper or it will be lost forever. So, I take notes on important things that I need to be aware of moving forward. Memory loss is one of the most difficult issues that I have had to deal with due to my epilepsy.

My Chronic pain – is invisible

I frequently experience “severe chronic head pain” as a result of my epilepsy. This pain is severe and most times truly unbearable. It starts suddenly without warning and last for many hours. I retreat into my dark bedroom where I ride out these episodes. Years ago, my neurologist referred me to a pain specialist who tested me for months with many different pain medications before finding a medication that works for me (almost every time) in these horrible situations. I always keep a pain medication pill in my pocket so whenever the head pain starts, I can immediately take my pain medication and kill the pain. Headaches and migraines are more common among people with epilepsy.

My Depression – is invisible

Living with epilepsy is truly tough. I have also been fighting a battle with depression for as long as I have been dealing with my epilepsy. It is common for me to experience anxiety, sadness, frustration, pain, anger, low self-esteem, feelings of isolation and hopelessness. I know that my seizures and anti-epileptic medications also play a role in contributing to my depression because they can affect the mood centers of my brain.
Treatment for both epilepsy and depression are very tricky. People like me with depression tend to be more resistant to seizure medications, and many antidepressants cannot safely be combined with these medications. My overall emotional state of mind is partially controlled by my epilepsy and all of the invisible factors that produce pressure which can significantly take control my life. Over time I have turned to counseling and medications to deal with depression, but it is truly an ongoing battle.

My Medication Issues – are invisible

My Brain Surgery – is invisible

I had left temporal lobe brain surgery performed about eighteen years ago to reduce the frequency of my grand mal seizures. A grand mal seizure is a sudden convulsion with muscle spasms followed by a loss of consciousness. I was frequently experiencing these seizures and they were truly scary and very horrifying for me.

Epilepsy also affects my family and my friends. Each of my family members and friends experience it a bit differently. Studies show that the mere diagnosis of epilepsy can have a negative impact on all family members and friends. Each can experience feelings of intense anxiety as to when seizures will occur and their future implications. Also, they sense a of loss of control as there are an increased number of medical appointments and changes in daily routines. Unfortunately, these individuals, like most of the general public have no true idea how my epilepsy is affecting me and my family in so many different ways – it is not simply just the seizures. The hidden and unpredictable nature of my epilepsy make it hard for my family and friends to truly understand my epilepsy.

My epilepsy is invisible

Being disabled with epilepsy has be very hard and challenging for me to deal with on a daily basis. But add to the fact that epilepsy is an invisible disability makes it truly challenging and so frustrating in so many different ways. The pressure is always there, but I successfully deal with it. I try to live my life in as normal a way as possible. I know the strength it takes to help me make it through the day when my body is failing me, even if no one can see it. I try to stay focused to succeed in life with my invisible disability. I can’t rely on others to increase awareness about my disabilities for me. I need to figure out how to maximize the exposure of my epilepsy, so I can increase public awareness and education about epilepsy. My principal goal is to raise awareness about epilepsy for the public at large to combat ignorance, in the hope that this will lead to a better understanding and quality of life for people living with epilepsy. “Epilepsy is more than just seizures”.