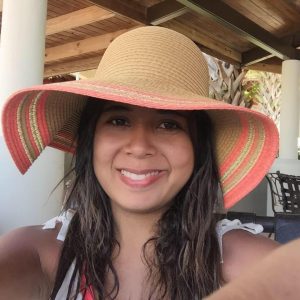 This personal story was submitted by Rosario. I hope you enjoy learning about her experience.

I was diagnosed with generalized epilepsy when I was sixteen. By then I had never heard the term “epilepsy” before, and I don’t remembered feeling scared. To be honest it wasn’t until last summer when I was about to turn twenty-four that I became aware of how epilepsy was destroying me, of how much I hated it.

It’s hard to see how your friends have graduated from college, and even hardest try to explain why you still have not. Struggling with memory and concentration problems has not been easy, but I have being able to handle it. I have never been worried about telling people I have epilepsy, but I know they think I will fall any minute from a seizure, including my friends. I get tired of just thinking about how many people I have had to explain that my epilepsy manifests itself with absences.

In June, my neurologist gave me the option of allowing me to drive or reducing medications. Tired of so many pills I opted for the latter. The result was a tonic-clonic seizure. After that I broke. A dysthymia (persistent depressive disorder) of perhaps over a year turned into chronic depression. I had never experienced so much pain in my entire life. The anxiety, the panic attacks, the sense of guilt that you can’t explain even to yourself is something that I don’t wish on anyone.

I remembered the first time I woke up at night feeling that I wasn’t the same person, something was wrong. I felt like if I had lost my life in a couple of hours. The next day I spent hours walking from side to side at my house asking to myself “Why?” And that was the story of my life for the next five months. Yeah, I’m just getting out of rehab. People said, “you have to stay positive and think that your brain is a liar”, but that was not an easy task. I was fighting with voices in my head that were saying, “yes” all the time and I was trying to convince myself, “no that’s not true”. And when I thought I had won then it came the body pain.

I was about to become crazy. I sweated every time I had a panic attack and was crying almost all the time. I perceived that I could not tolerate darkness and that I needed light all the time to the point that I booked a hotel room in order to escape from my overwhelming thoughts. From my perspective the world looked appetizing, but I can’t enjoy it as before. It was really frustrating. As a college student I even considered quitting the current semester since I was feeling so bad. Instead I continued. My faith in God and trusting that I have a purpose in this world made me get up when I felt more dead than alive. I had to understand that we tend to get depressed more easily than the rest, as our neurotransmitters are more sensitive. I looked for help and learning the “breathe to relax” exercise was the best thing ever happened to me and I’m grateful for that.

Breathe through the pain

I can’t lie. Every time I see something that reminds me the worst days of my life until now, fear seizes me. As I mentioned before every time I feel bad I just take a deep breath and let my brain know that there’s no reason to be afraid, everything is going to be fine. I’m looking forward to become active in the seeking of a cure for epilepsy. This experience has totally changed my life, but for good. It has made me a stronger woman and a better human being.

Let Rosario know she is not alone with a comment below or by submitting your own personal story.