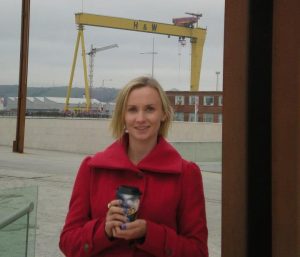 This personal story was submitted by Jenny who is living with epilepsy and now feels she is not alone thanks in part to your stories. I hope you enjoy getting to know Jenny’s experience with post-ictal psychosis.

I’ve had epilepsy since I was 14 (now 31). It was 6 years ago that I first started to suffer from post-ictal psychosis. These are side-effects that only occur after a seizure; similar to short-term schizophrenia. They include paranoia (becoming positive that people were talking about me), depression, insomnia and hearing voices if I haven’t slept for the night.

It was mainly the fear of this problem that scared me the most. The question I asked every time I heard a voice was, “How is this possible?” It just sounded so real and I didn’t know how it could be happening.

I decided that if I answered this question then it wouldn’t be so terrifying when it did happen. So I began reading up about naturally occurring brain chemicals and neurotransmitters. This knowledge made hearing voices scientific and not supernatural. Now, if I have trouble after I seizure I make a bit of fun out of it, telling people: “I’ve just had a seizure so don’t take it personally if I tell you to stop talking about me!”

The main cause of insomnia used to be the fear of hearing voices if I hadn’t slept. Now it’s not a problem because it’s not something I’m scared of. I know it’s possible and will tell someone: “I’m hearing a voice so I need to take some rispiridone.”

Let Jenny know she’s not alone by leaving a comment below.