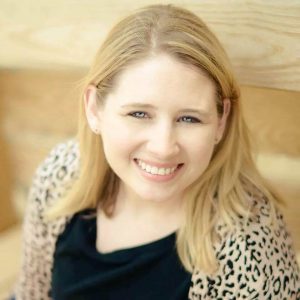 Seizure Education with a Twist

Hi there! My name is Rachel Ehrhardt. I am thirty years old and reside in Houston, Texas. Thank you for taking the time to read this. It truly means way more than you know. It blows me away how much I am supported.

Many people over the years have asked me what it is like to have a seizure and what to do to help. The month of November has historically been recognized as Epilepsy Awareness Month. I thought this was the perfect time to remind about readers what certain seizures look like and how to treat them. I also thought it would be cool to tell you the types of seizures that my family has and what they are like from first hand experience.

When Dad and I have our seizures the first phase for us is the tonic phase where we both tend to bite our tongues or the inside of our mouthes. This is perfect time to bring this up as well, people having seizures cannot and will not swallow their tongues. Do not under any circumstance put your hands or anything else into their mouths.

The next phase is the clonic portion of these seizures. I would encourage making sure the person having the seizure is on their side in case they begin to throw up and choke.  During this phase Dad and I tend to favor one side and clench up while rapidly jerking our legs or knees. You should watch to make sure there is nothing around the person that could harm the person as well.

After a few minutes this phase will generally slow and stop. If, and only if, the person’s seizure lasts longer than five minutes you need to call an ambulance immediately.  Next, the body calms down and this is also the time when Dad and I could lose control of our bladders. Slowly we will begin to return to consciousness and be able to understand where we are and recognize the people around us. I am ususally very dazed and out of it for quite a while. At this point, I tend to get very nauseous and will most likely vomit. This is normal.

Next, are the type of seizures that my sister, Meredith, suffers from. These are called absence seizures. This type of seizure usually appears in the form of staring off for extended periods of time. There are two types of absence seizures. One is simple absence and the seizures last a few seconds. The second is the type Meredith suffers from known as complex absence seizures which can last up to a minute  The problem with this type of seizure is that they can go undetected for months/years or even be misdiagnosed as ADD or disciplinary problems. When Meredith has these seizures in the first few moments usually the way we can tell what is happening is she makes a clicking noise almost with her mouth and the seizure is fairly short. Also, during this period some people notice excessive blinking, chewing, or walking around. If the person does walk around, make sure that they are not in a situation where they could hurt themselves.

Believe me, having this disease challenges us daily. But, I don’t think we could get through out it without the one member of our family that does not have this horrible disorder, my mother. Again, I thank you for being our rock. We love you!

I hope that I helped to answer questions you may have had. I know that it is scary to think of, but maybe just maybe you will be more prepared in the future if you are placed in a situation where someone is having a seizure.

NEXT UP: Be sure to check out the post tomorrow by Whitney on http://www.cf-epilepsy.com. For the full schedule of bloggers visit the Participants gallery.