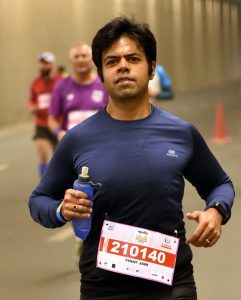 After features in Indian newspapers, my first blog was published on Living Well with Epilepsy. That story focused on my background as an endurance cyclist and a marathoner and I shared that blog with my neurologist Dr. Manjari Tripathi who is also a professor in All India Institute of Medical Sciences – Delhi and she asked me to be a patient speaker on a webinar of Indian Epilepsy Association on National Epilepsy Day.

Going live and speaking about how I overcome the fear of uncertainty of having seizure and accepted my chronic illness was a different kind of exposure for me. Two weeks later I was invited on another interactive webinar where people asked me precautions I take while cycling or running.

Safety on the road

Participants also asked how I manage myself if I get seizure during exercise activities. I let listeners know that I always wear an ID band which has my SOS contacts and wear a smartwatch which gives a location to my caregivers. And most important, whenever I feel an aura of having seizure I prefer to stop just to be safe.

On Becoming an Advocate

I then joined the Samman NGO group which is the Mumbai chapter of Indian Epilepsy Association and started attending their webinar as a member. One day they set up a meeting to discuss the 50 Million Steps campaign of International Bureau of Epilepsy. I suggested the group could do a Virtual Walkathon on a day before of the International Epilepsy Day. The group was enthusiastic and they managed the virtual event very well and raised almost 28million steps in 5weeks.

Due to pandemic most of the races I enjoyed participating in were cancelled or went virtual. I did do some half marathons virtually to keep myself motivated. And I got the idea of Virtual Walkathon from these virtual events only. 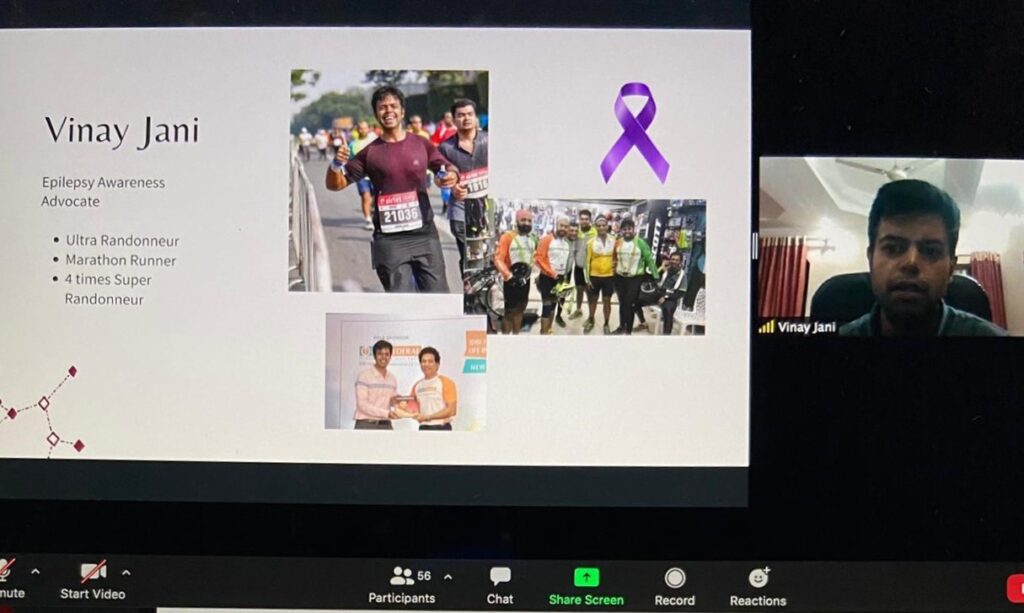 Though people with epilepsy may be totally different from each other in nature, behaviour, experience and when start becoming part ofa community you learn new things, unlearn old things and relearn them in a better manner. This is what I discovered by sharing my story and the social connections within the epilepsy community.