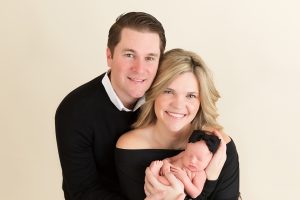 I’m Abby and have been blogging here at Living Well with Epilepsy for a while. I had a baby, and I am proud to say that I stayed seizure free throughout my pregnancy (I did have some intense auras) but overall I did well.

That said, there are a few things that I have to say about pregnancy and epilepsy.

One: it’s hard. It is by far the hardest thing I have ever done in my life for so many reasons, and I’ll get in to those for those of you kind of wanting to know more.

Three: it’s worth it.

I do not want to scare anybody with epilepsy away from having a baby when I walk through my experience. First and foremost, know that you are not alone. My ultimate goal is to help educate women with epilepsy and maybe give them a sense of what can be expected and that it will all be okay. Rewind my life to when I was in the thick of pregnancy, I was not so sure.

Pregnancy is hard (epilepsy makes it a little harder)

I never could have imagined what I would go through and for purposes of keeping things simple for a blog post – there were three difficulties I had – morning sickness, severe depression, and pure exhaustion.

For starters, I had extreme morning sickness that lasted throughout the day. I was sick in the mornings (hence the name) and then again around 3:30 or 4 p.m. every. single. day. until around 22 weeks. Was getting sick an inconvenience? Absolutely. Do a lot of women have this? Yes. So why is it different for those of us with epilepsy? For starters, I could not keep my medicines down. When I would get sick in the morning, I’d usually lose some of my medicine. Not good, and my levels were dropping.

In addition, many women when these symptoms get bad enough, they are able to take an anti-nausea medicine to help them. Well, when it got the absolute worst, I took it, however the anti-nausea medicine safe for women who are pregnant can counteract your epilepsy medication, so you have to take it sparingly. Plus, there are side effects to the baby on that medication and you’ve already got enough side effects to worry about with the epilepsy medication by itself.

So, moral of the story, I took the anti-nausea medicine all of twice the entire pregnancy to ensure I did not have a seizure and that my meds stayed in my system. Other than that, all I can say is that I survived it while we continually increased my medication dosage.

Second, for me, the depression was unexpected. This should be the happiest time of your life, right? For me, I believe that the depression came (or got worse) from not feeling well overall and not having enough time to give my body the proper rest it needed. I also am able to look back and know that some of that was because I was absolutely terrified that something would be wrong with the baby because of epilepsy, because of the medicine, because I would have a seizure, etc. My mind was constantly racing about if she was going to be healthy. The last part of feeling down came from the constant changing of my doses. My whole pregnancy, I’d go get my levels checked every two to three weeks and each time, my levels would drop because my body was metabolizing my medicine so fast. By the time my daughter was born, I was on three times my normal dose… also considered a “toxic dosage” as soon as I had her.

Sleep more if you can

Lastly, the exhaustion is overwhelming. It’s overwhelming for anybody. You’ll never meet a pregnant lady who is not totally exhausted. So, I do not want to say that the pure exhaustion is just for those of us with epilepsy. I DO want to say if I had to do it over again, I would work in time for more sleep and rest. I’d figure out a way to get more rest the next time around, because I do think I would have been in better shape all around had I taken a little better care of myself in this regard.
All that said (and I’m still exhausted by the way, just in a different way), Emma is the best thing that has ever happened to us. She was three and a half weeks early (so she was a preemie), but so far, she is healthy and doing fantastic!

Reach out for help

If you are thinking of getting pregnant or are already and struggling, please reach out. I had people help me (a BIG THANK YOU to Jess and Maureen) and I want to be there for somebody else and pay it forward. We are all in this together!