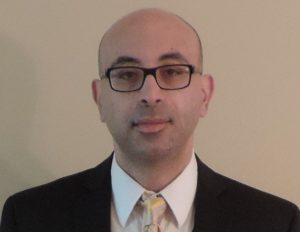 The interplay between sleep and epilepsy

Sleep appears to be a passive and restful time, but it actually involves a highly active and well-scripted interplay of mental activities. Epilepsy [1] is a heterogeneous neurological condition with recognized strings to sleep health & wellness. Epilepsy and sleep share a bidirectional relation where improving sleep and treating sleep disorders can help with seizures control and also controlling seizures especially, if these occur at night, will likewise improve sleep.

Seizures are sudden uncontrolled electrical disturbance in the brain. Seizures influence sleep quality and stability. Seizures especially at night can disturb our sleep. Some anti-seizure medications that are used to treat seizures may improve sleep by providing better seizure control and sleep quality. However, other seizures medications cause side effects like for instance problems falling asleep or staying asleep or alternatively excessive sleepiness all of which can influence our sleep.

Effects of sleep on epilepsy

Seizures does not only affect sleep but sleep also has an effect on seizures. Sleep specifically deep stages of sleep (called non- Rapid Eye Movement (non-REM) sleep) increases the brain seizure activity at night while deeper sleep stages called REM sleep suppresses seizures.
When seizures occur 2 times or more to a person and are more than 24 hours apart this is termed medically as epilepsy [1] and when they have peculiar accompanying features, like for example occurring at certain age or have certain patterns, they are categorized under different types that are referred to as epilepsy syndrome [2]. Certain epilepsy syndromes will occur mainly during sleep like Sleep Hypermotor Epilepsy (SHE), for example, is a rare form of epilepsy where seizures occur mainly during sleep and are associated with mixed physical body movements like kicking or cycling of limbs and /or rocking body movements. Similarly, benign epilepsy with centrotemporal spikes (BECTS) and childhood epilepsy with occipital paroxysms (CEOP) are types of epilepsy that occur mainly in children where seizures will occur primarily or mostly during sleep.
Patients with sleep apnea — a sleep disorder in which breathing will repeatedly stops and starts abnormally while we are asleep — will also aggravate seizures. Not getting sufficient sleep for age, typically 7-9 hours in adults is recommended by the American Academy of Sleep Medicine (AASM) [3], can also predispose to seizures.

In conclusion, sleep and epilepsy share a two-way relationship with aspects of each affecting the other and they both can affect each other through a number of complicated routes. Although, it is clear that an interaction between sleep and epilepsy exist, there are still unanswered questions regarding their association.

It is important for doctors and patients to be aware of this symbiotic relation between sleep and epilepsy. In addition to using anti-seizure medications, treating underlying sleep disorders like sleep apnea and getting adequate amounts of sleep at night can help to decrease the seizure frequency.