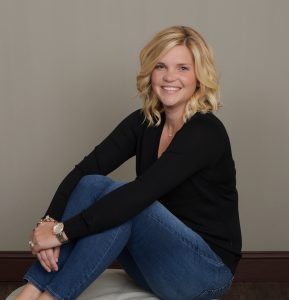 Last year was a tough year on me.  Many great things happened, so for that I am thankful, but the end of 2016 was tough.  I had many health problems toward the end of the year, and I’m sure all of you can relate to that.

The last few months of the year, my doctor wanted me to try to get on one medication.  I was taking Keppra and Lamictal at the time.  The goal (which I was totally on board with) was to get me to just Lamictal.  That process was going to take approximately a month and a half.  I had to slowly increase the Lamictal and then wean myself off of Keppra.

While I was really excited about going to one medication, I was nervous about it.  For the first time in nearly ten years, I was going to be changing up my medicine.  I was feeling extreme anxiety and was very stressed out.  My fear of having a seizure was creeping in to my everyday thoughts and would plague me when I would try to go to sleep (I have nocturnal seizures).

I knew that I wanted to take a break and spend some much needed time with my family the last two weeks of the year.  I did not want to worry during that time about having a seizure, so I spoke with my doctor and asked that we revisit our plan at the beginning of 2017. He was more than understanding, and we agreed on a new plan.  I would relax and spend time with my family and start fresh in 2017.  I feel confident this year we will get there, and I look forward to giving an update on how taking just one medication makes me feel.

Here’s to a fresh start

Moral of the story, the last few months of 2016 were tough health-wise.  While I’ve never been one to be really excited about what is always typically considered to be a “fresh start,” this year, I’m very excited about it.   Here’s to 2017 and one medicine!