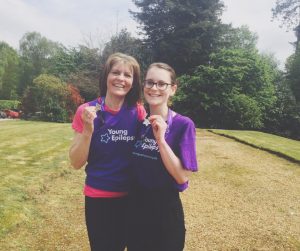 My name’s Emily Sian Donoghue, I’m a 22-year-old living in England, turning 23 in October this year.

I work full time in the City hospital, helping to make patients lives better. Alongside juggling work, as much of a social life as I can get, I also work hard to keep up a growing community of people who wish to support people living with Epilepsy and associated conditions. I am an Epilepsy advocate working to share my own story, experience with different treatment options and I aim to offer invaluable support to other epilepsy fighters and their families around the world. So here, on Living Well with Epilepsy, is my story….so far.

In 2012 I made a personal commitment to share my story with the world in the hope that I could provide information, insight and support as well as inspiration to others that live with seizures. I believe that Epilepsy and other conditions do not define who an individual is.

I have had Epilepsy since 2006, just before starting secondary school, but looking back I may have been having seizures for much longer. You see, not all seizures look the same, and it is important that people know this.  I began having what was thought to be a daydream, at first nobody noticed because they seemed to be pretty brief, but these later developed into more complex epilepsy and I would experience different types of seizures.

When they first began, I didn’t think much of it, nobody did really. Eventually I started to notice that I was missing little snippets of class discussion, it seemed more apparent during exercise where I found myself stopping in the middle of running or playing ball in school, whilst swimming or even during flute practice which as you can image, was very embarrassing when we were doing performances. Looking back now, we know that this was due to hyperventilation.  I  became known as ‘The little daydreamer‘, I quite liked that name. I was little and I was a daydreamer, I had been for a long time. I was always a bit of a joker, laughing, messing around and I enjoyed the outdoors, so my family thought I was just messing about which is understandable.

A few months on my teachers and parents began to worry as it was happening throughout each day more and more, and one day I stopped in the middle of the road as the lights changed red for the cars to go.

Mum took me to see my GP around August time I think, I got referred for some tests and I got diagnosed with Absence Seizures in September 2006.

My seizures were on and off for years, as I got older, stress from exams and school made them worse. I’ve never been one for getting stressed and I like to approach things with an open mind, but I was getting bullied and laughed at and being a daydreamer wasn’t fun anymore, it was a nightmare, this was when the stress began. Students who I didn’t even know looked at me in the corridors, pointed at me as I came round from a seizure and I was known as being strange. I found it hard to laugh about, so I became  withdrawn. At the time I just didn’t know what to do to make myself happy, I became so miserable and I felt so alone despite having a wonderful family because I didn’t know anybody else experiencing similar to me.

After a few months I discovered my passion for photography and I found hope in that. When I had my camera in hand I felt free. It didn’t matter if I went into a seizure when taking a photo because nobody noticed, it isn’t like the trees would laugh at me for daydreaming. I also began writing and became part of a publishing house, and in 2011 I won an Oscar for my photography and writing.

By 2012 I started writing for Living Well with Epilepsy, and here we are.

I love it and I have met so many people through my writing, and the founder, Jessica K Smith (Hi Jess!)  is one of the most inspiring women I have ever met. She has helped me so much and I can’t imagine not knowing her. What I write is a snapshot of life living with Epilepsy, but I have also written reviews for Epilepsy and Seizure products for large organisations and businesses.

In April 2012 I had my first Tonic-Clonic seizure, and I have had them ever since, as well as my absences. Although they have become more controlled now and they don’t affect me like they used to-I have got my life back. I couldn’t be happier. But in between 2012 and 2014 I was having seizures every day, up to 60 times a day and I have been in Status Epilepticus twice, and I have been admitted to hospital after serious seizures more times than I can count. I have been found at the bottom of staircases, behind my desk in my old job, and my family have lived in fear every time they heard a thud back when I was living at home.

I currently take several medications which work wonders compared to the other meds and treatments I have tried, although I still have seizures. Since 2006 and now, writing, photography and the piano played a huge part in my happiness. I found that having a little escape to go to when things got tough really helped. I luckily have an amazing family, an amazing boyfriend (Hi Dan and family if you’re reading this!) but it’s always good to have something to go to as well and I highly recommend discovering something new, as it really is incredible what you can do when things are tough.

I also do a lot of fundraising for Young Epilepsy. Young Epilepsy is the national charity working exclusively on behalf of the 112,000 children and young people aged 25 and under with epilepsy and associated conditions. I began raising awareness for Young Epilepsy in February 2015.  In March 2015 I got invited to attend the Champion Awards to represent Living Well With Epilepsy and have since began personally raising money for Young Epilepsy. I write media coverage when requested about any upcoming events and I have guest written for their website.

In December 2015, I started writing a childrens book, which has since got a lot of interest from the media, but I am still awaiting a publisher, but I self published and it is now in The Royal Derby Hospital, Children’s Epilepsy department to support young children. The book tells the story of a little boy who is going through Epilepsy diagnosis.

On the 18th May 2016 I won the ‘Inspirational Shining Star award’. The Young Epilepsy Champions Awards celebrate the achievements of those living with epilepsy, their families, carers, teachers and support networks. The awards recognise those who are tirelessly fighting discrimination, tackling inclusivity and are facing the daily challenges that living with the condition can bring. Young Epilepsy said: “Emily always has a positive outlook with regards to her condition and those around her admire her openness and strength. She is a dedicated advocate for epilepsy awareness and has devoted her time to learning more about her condition and to help others in a similar situation.”

On the 4th July I started a new job in a clinical role that I love, I have met some wonderful people and amazing patients there which help me through more than what they realise I think.

On the 10th July 2016 I did a wing walk for Young Epilepsy, which involved me being strapped to the wings of a Bi-plane going 500ft in the air!! I raised an incredible amount for Young Epilepsy with this activity. On the 1st November 2016 I went to Eisai’s HHC event in Hatfield to share my Epilepsy story and to get my passion for making a difference out there. I also took my book along so it could get noticed by more Medical Professionals.

I aim to give hope and share my faith and passion to finding a cure with people around me, and to help others who are experiencing Epilepsy too. During my tough times I realised that changes are inevitable and not always controllable. What can be controlled is how you manage, react to and work through the change process. I learned to embrace each challenge in my life as an opportunity for self-transformation.

You can read more about The everyday life of Emily here on Living Well, if you’d like to read more about working with Epilepsy and living as much of a normal life as possible here.

And remember, never give up! 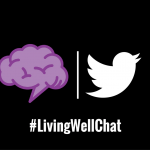 NEXT UP: Be sure to check out the next post tomorrow by Alison Zetterquist for more on epilepsy awareness. For the full schedule of bloggers visit livingwellwithepilepsy.com.

Don’t miss your chance to connect with bloggers on the #LivingWellChat on June 30 at 7PM ET.