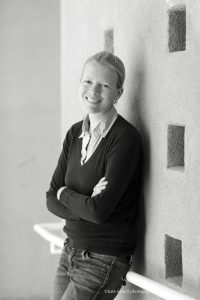 Epilepsy is one of the most common conditions affecting the brain. As many as 1 in 26 people will develop epilepsy at some point in their life, and 65 million people worldwide live with epilepsy.  However, there is still a stigma associated with epilepsy. People with epilepsy are commonly viewed as violent, retarded, slow, and antisocial. In a recent survey, more than 1 in 4 people indicated that they would be concerned about working with someone with epilepsy.

This stigma has a long history. In ancient times, people with epilepsy were thought to be possessed by evil spirits and seizures were seen as the result of sin. While it may not be surprising that fears and superstitions determined the perception of epilepsy before the advent of modern medicine, it is striking that history casts such a long shadow. It has been known since the 19th century that epilepsy is a neurological condition, just like migraine and Alzheimer’s disease. We no longer persecute witches, so why do we still think that people with epilepsy are “mad and bad” by destiny?

Part of the answer may be a lack of knowledge. Most people know very little about epilepsy and have never witnessed a seizure. I certainly didn’t know much about it when I was diagnosed with epilepsy almost 9 years ago. That the media often tends to portray epilepsy in an overly dramatic way, with the person experiencing a seizure falling to the ground and foaming at the mouth, certainly does not help.

This suggests that there is a simple solution: provide more information about epilepsy and seizures. Indeed, the majority of people who were concerned about working with some with epilepsy indicated that this was in large part because they had no idea what to do if a co-worker suffered a seizure. More generally, people who know more about epilepsy have fewer negative stereotypes.

However, just providing the public with more information is not enough. Prejudices and stereotypes have a strong emotional component. A person may understand at the rational level that epilepsy is not contagious and that seizures present the greatest danger to those who experience them, yet he may still shun a co-worker with epilepsy out of fear. Emotions may be irrational, but they are real, and information campaigns often do little to change them.

To change both hearts and minds, a broader approach is needed. While it may seem challenging to overcome centuries of stigma and negative stereotypes, there is a way to change public perception that is both readily available and extremely powerful. Imagine what would happen if each person with epilepsy would “come out of the closet” and share their story? Imagine if more people had known that Prince had epilepsy?

This strategy has proven to be extremely effective in other domains. The past few decades, society has become much more accepting of gays and lesbians. Today, a majority of Americans have a positive view of gay men and women, an 18 percentage point increase in only 10 years. This enormous shift is generally attributed in large part to the fact that more people now know a gay person, a change that could not have come about if people had remained silent about their sexual orientation.

However, it is not easy. More than half of adolescents with epilepsy report that they keep their condition a secret, and 70% rarely talks about it, presumably out of fear of social stigma. These fears may be justified given the current climate, at least in some settings.

But if those of us for whom it is easier to speak out—perhaps because our work or social environment is especially disability-friendly—share our story, then it will become easier for others to speak up. That way, we can create a tipping point: the more people share their story, the easier it becomes for others to do so. Or, in the words of the writer Malcom Gladwell, who popularized the idea, “In the same way as a virus can spread rapidly through a population, so too can behavioral change .. a small action by one individual within a crowd can influence the actions of other individuals within the crowd, and so on, until the behavior becomes widespread. Thus, small, initial changes have the potential to make significant differences overall.”

Eradicating the stigma associated with epilepsy is of utmost importance. Stigma hampers care, public recognition and the ability to raise money for research. We can all be a part of the solution, simply by being who we are and wearing our condition as a badge of pride, not shame. Together, we can tip the balance and create real change.

DON’T MISS IT: Don’t miss your chance to connect with bloggers on the #LivingWellChat on June 30 at 7PM ET.

Willemien Kets is an Assistant Professor of Managerial Economics and Decision Sciences at Northwestern University Kellogg School of Management. She is a fellow in The OpEd Project’s Public Voices Fellowship. She holds an MSc. in Chemistry from Nijmegen University (The Netherlands) and Oxford, and a PhD in economics from CentER, Tilburg University (The Netherlands). Dr. Kets writes for Huffington Post, Medium, Fortune, Chronicle of Higher Education among other outlets and she is living with epilepsy. 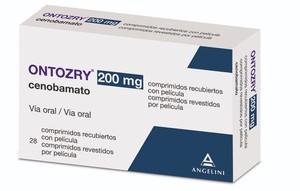