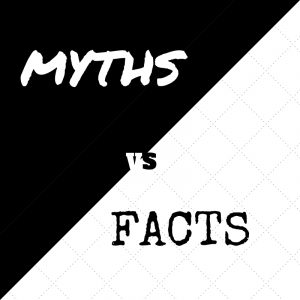 Although epilepsy is one of the oldest medical conditions on record, it remains wrapped in mystery and myth. How many times have you heard “swallowing your tongue” in the same sentence as Epilepsy?’ For me, that is the main topic that comes up when people hear about my condition.

There are so many myths around about Epilepsy, so here I am making a little ‘Facts and Myths’ column to help educate more people about Epilepsy and the reality of it.

Myth: You can swallow your tongue during a seizure.

Fact: Contrary to one of the most common beliefs with regards to seizures, it is not possible to swallow your tongue. The tongue is rooted to the floor of the mouth. This makes getting the tongue far enough back in the throat to actually swallow it impossible. You cannot swallow your tongue, ever.

Myth: You should put something into the mouth of someone having a seizure

Fact: People believe putting something in the mouth of someone having a seizure will prevent them from swallowing their tongue. This is a big no. By doing this, you could risk getting your own fingers bitten.  You could cause the person to choke too.

Never try and put anything into somebody’s mouth during the seizure. Follow the basic first aid regulations if you see somebody having a seizure, that way everyone is staying as safe as possible. If you think they need medical assistance, call for help on 911/999.

Myth: You should restrain someone having a seizure.

Fact: No, never restrain someone from having a seizure! Let the seizure happen and use simple first aid to prevent injury.

Myth: Only children can get Epilepsy.

Fact: Epilepsy and seizures can develop in any person at any age. Seizures and epilepsy are more common in young children and older people, but they are not limited to those age groups.

Fact: People with Epilepsy, on average, have the same level of intelligence as those without Epilepsy. Yes learning can be made more difficult if seizures are happening all the time, or if medication has severe side effects, but Epilepsy typically does not cause lower intelligence. Did you know Napoleon had Epilepsy? Did you know Cesear is thought to have had epilepsy? How about Vincent Van Gogh, Chief Justice John Roberts and legendary musician Neil Young? (Spoiler: all had/have epilepsy)

Myth: You can’t die from epilepsy.

Fact: Epilepsy is a very serious condition and individuals do die from seizures. Experts estimate that prolonged seizures are the cause of upwards of 42,000 deaths each year.

Myth: There is only one type of Epilepsy

Fact: When someone says they have Epilepsy, convulsions usually spring to mind first. But really, there are more than 40 different types of seizures, and a convulsion is not the most common kind, it’s just better known!

Now its your turn

Have you heard other myths about Epilepsy?  Do you have a question about seizures?

Let’s work to spread the truth; leave your comments below!