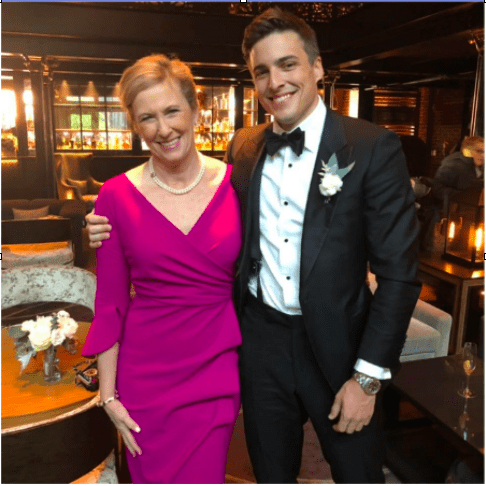 I think that a lot of moms struggle with allowing their kids to do things that might not be entirely safe. We can’t help it! Our babies come out so small and fragile, then before you know it, they are fully formed and ready to take on the world. But to us, they still seem to be made of glass.

I am no different than any other mom, and my three children did their fair share of activities that made me nervous. Watching my older kids, Brendan and Meghan, play sports was always anxiety inducing. But, what could I do? I knew it was important to let them get involved and be part of a team.

Then there was my youngest son, Andy. Andy was diagnosed with epilepsy when he was about eight years old. I’ll never forget seeing his little eyes rolling back in his head as he laid in my arms. It was the first time I realized what was happening. My boy was having a seizure.

As you can imagine, I was extra cautious with Andy. I was constantly making sure that his medications were working properly, that he was getting enough sleep, and that he was getting to all of his doctor’s appointments. I wanted to arm him with every advantage since life had dealt him this disadvantage.

So, when he asked his dad and me if he could start playing sports, I was concerned. His father, my husband Bob, had a different attitude. He felt that Andy should be allowed to do everything that other children got to do. From a young age, Andy was fit and athletic. Why shouldn’t he be able to show that off?

Well, I could think of about 100 reasons. What if he had a seizure on the field? How would his condition be affected if he suffered a head injury? Would it really be worth it to let him join in the fun if it could worsen his health?

I was full of these “what ifs,” but Andy, his dad, and his doctor were not. They all encouraged me to let Andy have as normal a childhood as possible. At the end of the day, it wasn’t really up to me. Andy was a strong-willed child. I couldn’t stop him from joining his friends on the swim team and the soccer team, especially once he knew he had his doctor’s permission.

So, from Andy’s elementary school days all the way through his high school graduation, you could find me cringing in the bleachers of various sporting events. Sometimes I’d relax, and sometimes he would have a small seizure on the field and I’d go to full-on panic mode.

Life went on, and Andy grew up and became a happy 28-year-old who lives in New York City and is able to positively manage his disease. I have to say that as worried as I was about him playing sports, I am so glad I let go and fully supported him. I firmly believe that his time on various teams aided his ability to deal with his chronic illness as an adult.

His time as an athlete also gave him the ability to be decisive and take risks. This included when making decisions about his treatment as he got older.  Since I could no longer be at his appointments, he grew and took it upon himself to work with his doctor and get educated about his options.  From trying numerous medications to making decisions about brain surgeries, you can bet I was right there supporting his decisions and cheering him on.

It can be hard to let the ones we love go out and take risks, especially when the ones we love have epilepsy. I wanted to do everything I could for Andy when he was growing up, and it turned out that one of the best things I did for him was letting go.

I know there are a lot of moms and dads out on the sidelines worrying. To all of you I want to say: Take a deep breath and let your kids play. It’s not easy to be a part of team epilepsy, but I promise you are not alone.