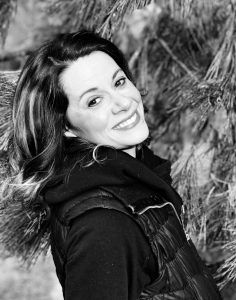 Epilepsy should be a four-letter word, or so I thought. I have lived with epilepsy since I was three years old, and while my episodes have certainly frustrated and scared me, they have never limited me.

My seizures began around the time I was being sexually abused by my father. I heard him say that, and of course I didn’t know what being possessed meant, but I knew it was bad. I never saw the man again after the age of six. As I grew up my Petite Mal seizures grew worse, even though the neurologist said I would grow out of them. The kids at school would chase me around making fun of the way my eyes rolled back in my head. My mom taught me how to be strong through the teasing, so when I didn’t react the teasing quickly ended.

During my teenage years Grand Mal seizures became a new reality. I had already been seeing a new neurologist who finally put me on medication. At the age of 17 I fell in love with running, and joined the cross-country team. Running is something that allows me to relax, think, and keep my seizures at bay.

When I was 25 I finished my first marathon, Hood to Coast Relay (192 miles split between 12 people), and several other short distance races, including a half marathon on a narrow trail. Running led me to snowboarding, which could be incredibly dangerous for someone living with epilepsy, but it has been the best place for me to focus and leave the world behind. Mind you, I never ride alone, and I’d never go if my petite mal seizures were acting up, indicating I may be at risk for a Grand Mal seizure.

Athletics is a wonderful way to stay physically strong, but what about my mind, the epicenter of seizure activity? I attended college and became very active in extra curricular activities. I was President of the Student Political Action Committee, kept my grades at a 3.5 average, and worked at Nordstrom. During college I accomplished something many can only imagine; I spoke at the United Nations during a National Model United Nations Conference. During my speech many “real” delegates were present along with 10,000 college students from around the world. I graduated college with honors and got a job teaching Anesthesiologists and Perioperative Nurses how to use Epic, an Electronic Health Records program. I am now working toward the most important goal in my life; educating the world and change the stigma around epilepsy.

Throughout my journey I have never made my condition public knowledge. Today, I have changed my approach and started sharing my life and my journey. I am now using diet therapy, specifically the Ketogenic lifestyle, to diminish my seizures. I am still on medication, but I hope to continue the Keto lifestyle and see where that leads me. More importantly, I am at peace, and I am strengthened in my resolve to see change.

NEXT UP: Be sure to check out the next post by Sharon at https://sharonrossblog.com/.