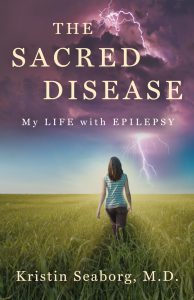 In the fall of 2002, I was in the midst of my pediatric residency training at the University of Wisconsin.  I was diagnosed with temporal lobe epilepsy at age 18, but was fortunate enough to travel through college and most of medical school with few seizures and a stable dose of one medication.  When I met the grueling hours of residency training, however, my seizures slipped quickly beyond my control.  Although my neurologist  suggested that I would be a candidate for a temporal lobectomy, I was reluctant to pursue surgery before I exhausted all medication options.

The following is an excerpt from my book, The Sacred Disease: My Life with Epilepsy.  In writing my story, I hope to raise awareness about epilepsy and decrease the stigma associated with seizures. The following scene depicts when I definitively made the decision to have epilepsy surgery.

THE NEXT MORNING, I swallowed one small pink tablet along with my usual three pale pink capsules, pushed back my sense of doubt, and pasted on my best smile. I focused my gaze at the picturesque Wisconsin Capitol building, a perfect white dome in the middle of a green island, while Andrew drove me to the work. Soon the brown cluster of hexagonal pods known as the University of Wisconsin hospital came into my view, the first commute safely behind me. At least for the first few hours, my new medication hadn’t caused any adverse effects. I began just another regular day.

Over the next several weeks, I slowly increased the dose of one medication while decreasing the other. I was more tired than usual, but truly no more than my normal post-call state. Residency already taught me to function through a constant low-level exhaustion. I considered it a victory when I finally reached the target dose of lamotrigine without an outward sign of the fluctuating medication levels.

Soon enough, however, my seizures returned. At first, they were intermittent and sporadic. Before long, I expected uninvited interruptions to my day or sleep every one to two weeks. I expressed concern during my next appointment with Dr. Rodgers. “What now?” I asked as I studied the walls lined with enlarged pictures of anti-epileptic medications.

Dr. Rodgers perused the pack of my medical records. He contemplated my options for a long time and finally recommended that I try treatment with oxcarbamazapine, or Carbatrol, next.

The pharmacist Mitch Caros appeared within minutes to guide me through the switch from lamotrigine to oxcarbamazepine. Again he recited a list of daunting potential side effects, including dizziness, drowsiness, fatigue, nausea, insomnia, acne, or constipation. I wore a noncommittal gaze while my mind ventured into the world of unknowns and possibilities. What if this medication didn’t work either? What if it did? What would it take to send my seizures back into hibernation?

The following morning, I swallowed the first dose of my newest medication with a belly full of hope. I arrived at work early to review the charts and overnight events on a large group of hematology/oncology patients before the attending doctors came in. As the first year resident, it was my job to review the medications, vital signs, laboratory values, and progress made in the previous 24 hours so the medical team could make decisions and guide care for the new day. I sat in a small conference room the size of a compact minivan and realized that I was jotting notes not with one pencil, but two. Instead of focusing on one computer monitor in front of me, I saw two. Alarmed, I spun around to look outside the conference room door where the mother of one of my patients – and her phantom counterpart – stood in the doorway with a concerned look on her face. She’d spent the night in the hospital room with her child, so she was still dressed in flannel pajama pants and brown footie slippers. Her hands were huddled around her large mug of coffee as if it were a campfire.

“How are you today, Dr. Seaborg? You look tired.”

“I am,” I responded. How could I explain that I was starting a new medication, seeing double, and yet participating in the care of her child?

“I was just wondering if you had the results of Cody’s lab tests yet?”

I typed my password and username into the computer with considerable effort and found Cody’s most recent lab results. With one eye closed, my vision wasn’t as bad. I reviewed the daily blood counts with Cody’s mother and breathed a sigh of relief when I watched the cotton tassels on her slippers pad back down the hall.

The morning crept on, and I slowly collected data from the computer in my one-eyed ogre stance while the tiny room filled with a menagerie of medical students, residents, and attending physicians.

With my pre-rounding work done, I sat on a cushioned bench in the crowded conference room and waited for rounds to begin. Abruptly, a familiar sensation engulfed me. First I swallowed repetitively, then I flushed warm with more swallowing. Next I smacked my lips and my whole face felt as if it were on fire. Although I was acutely aware that something was amiss, the subtle motions of my smacking lips and recurrent swallowing went unnoticed by the other members of the busy medical team. The unpleasant feelings of my complex partial seizure crescendoed and then decrescendoed until finally I wished I could curl up and fall asleep.

The seizure abated after a minute or more. As I regained full awareness, I looked up and saw the tail of the white coat of Dr. Isaac, the pediatric neurosurgeon, flutter into the room as if he were an angel.

Through my double vision and post-seizure cloudy thinking, my only coherent thought was: I needed to have epilepsy surgery to find a cure. I cared for dozens of patients collaboratively with Dr. Isaac and admired his sense of commitment, sincerity, and expertise.

So I looked up at the two Dr. Isaacs who stood next to me and asked, “Do you do temporal lobectomies?”

Confusion painted his face. “Yes. Why?”

The floodgates opened and I tripped over my words as I tried to explain what I’d been through in the past six months, much less the past twenty-five years, I brushed aside my secrecy and pride when I pleaded for help while sitting amongst ten people who knew nothing about my health history.

“My neurologist says that I have temporal lobe epilepsy and a focal lesion that can be removed surgically, but I’ve been trying medications first. I’ve switched medicines now three times in three months. Today I’m seeing double and I feel terrible. Just now I had another complex partial seizure. Nothing is working and I think I just need to go ahead and get this over with. 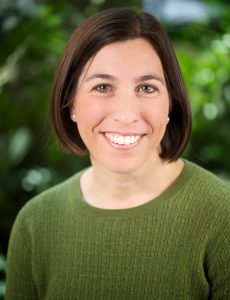 Kristin Seaborg is a pediatrician, parent, and advocate for epilepsy awareness. She received her undergraduate degree from the University of Wisconsin and her M.D. from the University of Wisconsin School of Medicine and Public Health. Kristin’s memoir, The Sacred Disease, chronicles her experiences with seizures and epilepsy over twenty years.  Kristin can be found at www.kristinseaborg.com

100% of the author royalties from purchase of The Sacred Disease will be donated to CURE.

The Sacred Disease can be purchased on Amazon here: 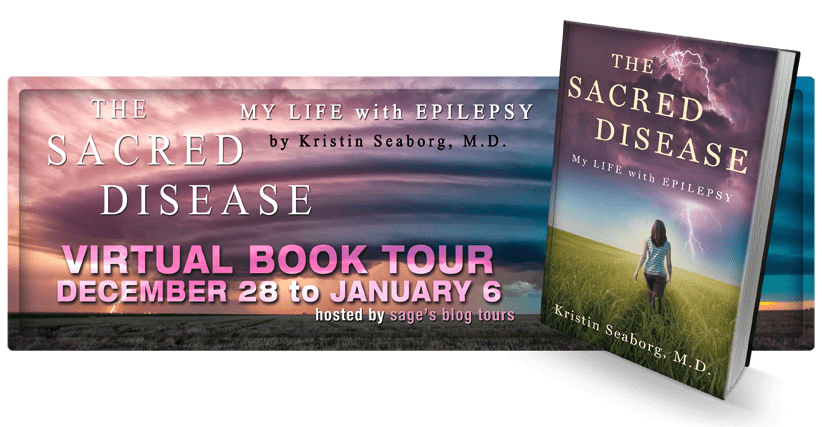