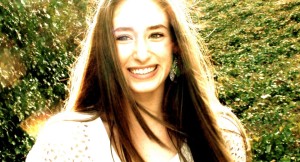 I’m seventeen, living in Geneva, Switzerland, and this is my experience.  I was diagnosed with epilepsy in sixth grade after having a grand mal seizure in class. That was a pretty scary time for everyone, especially my family. We had no way of predicting that I would have epilepsy. We had no family history of it, and up until then my biggest medical problem was pet allergies.

Waking up in the hospital was shocking and really confusing to say the least. I knew what a seizure was but didn’t understand why I had one. I had felt fine the whole day. Was it because I was kind of hot? Was I too stressed? To this day we still aren’t exactly sure why I have them.

When my neurologist told me I had epilepsy I was SO embarrassed. As if it wasn’t bad enough having my entire class watch me shaking and convulsing passed out on the floor, now I had admit to having some…condition? Disease?

Going back to school was tough. Kids were really nice to me, which helped a lot and I am still very grateful for, but I didn’t want to go around telling people I had epilepsy. It wasn’t like I knew any other kids who had it. Furthermore, the act of seizing, which can involve moaning, foaming at the mouth, eyes rolling back in your head, thrashing, shaking, and convulsing isn’t something that is, for lack of a better word, attractive! All I wanted to do was move on. I would try to forget I had the seizure, and with any luck, the kids at school would forget too.

Unfortunately for me, that luck never came. Weeks later, a friend in my class told me he had nightmares about my seizure. Classmates continually came up to me and asked how I was doing, why I had the seizure, and tons of other questions. Of course they absolutely had the right to, had I been in their position I would have done the same thing. Nevertheless, I still felt humiliated.

Over a year passed until I had another seizure. That seizure confirmed the neurologist’s hypothesis that I had epilepsy.

The doctors ran tests such as EEGs and MRIs to investigate what was wrong with my brain. Ultimately, it was still unclear what exactly was causing the seizures; however, we thought that heat, stress, and lack of sleep had something to do with it. A year or so later, we would discover a cyst that existed around my left temporal lobe. After even more tests, it was confirmed that the seizures were, in fact, coming from my temporal lobe.

(Hopefully) the final chapter of my experience with epilepsy occurred the summer of 2013. Four more grand mals and countless absence seizures later, I had brain surgery. The cyst in my brain was removed at the Cleveland Clinic in Ohio. Yikes! I know. All in all my experience at the Clinic was amazing. On top of being incredibly knowledgeable, the doctors and surgeons were supportive and kind. I could not have asked for a better two weeks at the hospital.