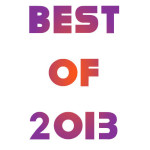 The end of the year is a great time for “Top” and “Best of ” lists. There’s one for everything including the top apps, top movies, top songs, top photos, and top blogs. I thought it was time to have a Top Discoveries in Epilepsy list. This was a particularly busy year for the science of epilepsy so it’s a perfect time to check out the headway that was made:

Earlier this year I spoke to Dr. Hiroki Taniguchi, CURE grantee and a research group leader with the Max Planck Florida Institute for Neuroscience (MFPI), who received an award from Citizens United for Research in Epilepsy (CURE) for his efforts to study cellular structures seeking to identify pathways for treatments or cures for epilepsy.

Chandelier cells (ChCs) are a unique subtype of inhibitory neurons. As anticonvulsants offer the most common form of treatment I was curious to hear how this research could change that approach. Because the cell transplantation is more specific and local treatment than anticonvulsant drugs, we can expect no or less side effects. Also, if the transplantation approach works patients don’t have to keep taking medicines, which is not trivial.

First, we will try to rescue a seizure phenotype in epilepsy model mice by transplantation of ChC progenitors. Second, we will identify transcriptional mechanisms that differentiate stem cells into ChCs, which will allow us to get enough amount of ChCs from stem cells. In 2012, the Nobel Prize was awarded to the finding of a method to produce induced pluripotent stem cells (iPSCs) from somatic cells such as skin cells. Our basic knowledge on ChCs together with this novel technique will bring a revolution to an epilepsy cure.

In the 1950’s an antihistamine was discovered which could treat itching. This year Scott C. Baraban, PhD and his team at UCSF found the same antihistamine may also prevent seizures in Dravet Syndrome, an intractable form of childhood epilepsy. The team tested it in zebrafish bred to mimic the disease. The researchers said their unexpected discovery offers a glimmer of hope for families of children with Dravet Syndrome, a rare genetic disorder that manifests in early childhood with disabling, lifelong consequences. These include dozens, if not hundreds, of daily seizures, as well as profound cognitive and social deficits.

The results are the first to emerge from a set of epilepsy-genetics projects known as EPGP and Epi4K, which were launched by the National Institutes of Health in 2007 and 2012, respectively, and involve more than 40 institutions on three continents. These efforts were led by Daniel Lowenstein, MD, a UCSF neuroscientist and renowned epilepsy expert, and Ruben Kuzniecky, MD, from New York University. While UC San Francisco and Duke University serve as the administrative hubs, the projects involve a team of nearly 150 scientists across 25 specialties, in the hopes of generating this type of advance on the intractable disease.

“The limitations of what we currently can do for epilepsy patients are completely overwhelming,” said Dr. Lowenstein.  “More than a third of our patients are not treatable with any medication, so the idea of finding specific drug targets, instead of a drug that just bathes the brain and may cause problems with normal brain function, is very appealing.”

4. Alicia Goldman research on the prevalence of SUDEP

At the American Neurological Association’s Annual Meeting, I heard Alicia Goldman, MD, PhD, of Baylor College of Medicine present her research on SUDEP or Sudden Unexpected Death in Epilepsy. She began with a note that incidence of SUDEP could affect a range of 5% to 18% people with epilepsy.

I sat in shock as she presented her findings on the risk factors associated with SUDEP as determined from animal studies. Increased risk factors include the following:

She also spent a great deal of time focused on the role of the neuro-cardiac connection. For more on her research you can read her article on SUDEP.

NeuroPace® RNS® System is a treatment for adults with partial onset seizures that have not been controlled with two or more antiepileptic drugs. According to the manufacturer, The RNS System is an implantable therapeutic device that delivers responsive neurostimulation. It utilizes an advanced technology designed to detect abnormal electrical activity in the brain and respond by delivering imperceptible levels of electrical stimulation to normalize brain activity before an individual experiences seizures.

Please add any other discoveries in the comments below.