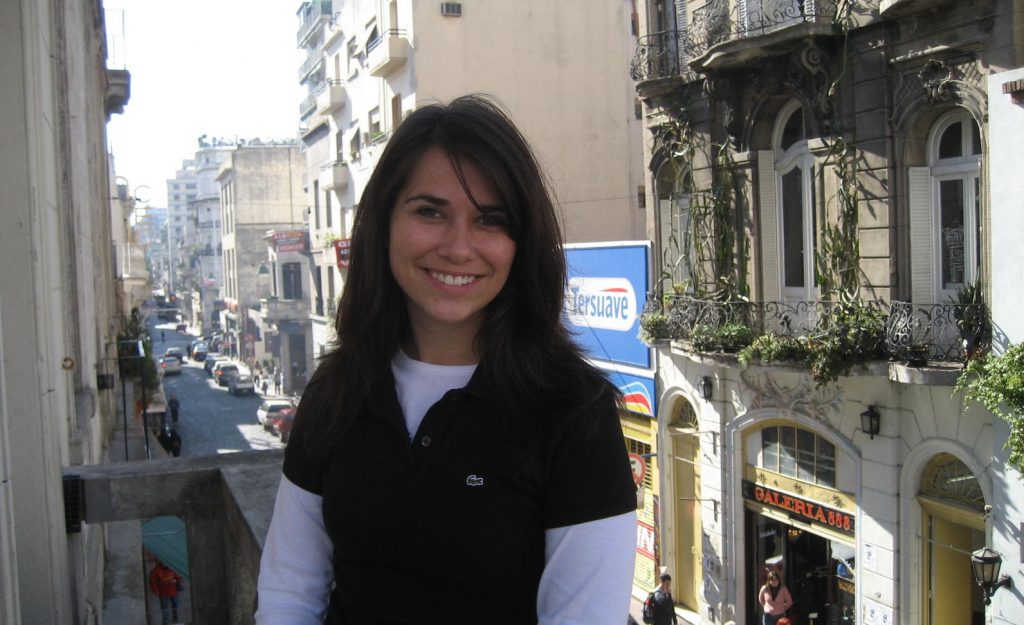 As I sat across the table from Ricardo, my landlord, I could feel my blood boiling. In Argentine Spanish, he explained that my rent was going to double, and smiled when he added it was still “a very good deal.” His once charming accent now seemed offensive.

Our chat that was supposed to be a quick contract renewal, had turned into an afternoon debate. I had a million questions – why, how, is this legal? It wasn’t legal, but I was working on a tourist visa, so who was I to be reporting dodgy situations.

I kept wondering if this was a joke, maybe a miscommunication, but after persistently asking the same questions I realized that he was serious, there were no language barriers, and he was expecting double the rent on the 1st.

To give you some context, after college I moved to Argentina to teach English.

The thought of being tethered to my neurologist and pharmacy drove me insane! Being told that I couldn’t travel alone simply inspired me to do so! The fact is having epilepsy means you have a higher risk of early death, which for me translates to “experience what life has to offer, right now!” 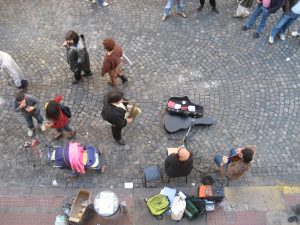 I left Ricardo’s office holding back the tears, and refusing to commit to another year. My mind was too clouded to be signing contracts. He was right; it was still a good deal.

I lived in a beautiful, lofty flat, in the heart of San Telmo. I had high, wood-beamed ceilings, with exposed brick walls. There was a small balcony that overlooked Defensa, a quirky cobble-stoned pedestrian street, and every Sunday I woke up to live Bossa Nova music from the street fair.

The location was unbeatable, and the apartment was quintessential Argentina. But double the rent would mean picking up extra classes, doubling my workload, and a complete lifestyle change. Maybe it was time for a new apartment, or maybe it was time to go back to California.

I could feel sweat start to stain my blouse as I rushed through the busy streets. I was late to class. The summer sun highlighted the city’s beauty, which stirred up feelings of nostalgia. Buenos Aires was a beautiful city. I loved the freshly painted doors with elaborate handles, gold trim detailing, and black lacquered balconies with potted flowers. And the almost florescent green trees evenly spaced down the sidewalks were hypnotizing. I didn’t want to leave!

I tried to push these thoughts out of my head and focus on today’s lesson plan but that scoundrel Ricardo was now creeping into my thoughts. A tug-of-war of emotions and sensory neurons were shooting wildly through my head from catching scent of the blossoming trees to wondering how the job market was in San Francisco. My thoughts were everywhere.

I snapped into reality to find a man’s hands strongly holding my shoulders, moving his lips but no sounds were reaching my ears. His eyes seemed kind, but who was he? Where was I? The street was set in shades of grey, colorless, war-torn. Even the mans skin was smog color.

Why was he grabbing me, I thought, becoming anxious and trying to escape his grasp. I could feel my face morph into an oversized, clown frown as I started to wail. I tried to twist away, but my body was heavy, my movements uncoordinated, and my legs unable to fully support my weight. Even if I could escape, I didn’t know where I was or which way to go.

I looked up and down the street. It was desolate, deserted and blanketed in shadows. The man was now looking deep in my eyes, putting his finger to his lips and encouraging me not to cry. He gave me a big bear hug and I suddenly felt as if we were old friends and found comfort in his big brown eyes. He was trying to help me, to save me. Why was I so confused when he seemed so confident?

Maybe there had been a war. An explosion would explain why I couldn’t hear, my confusion, the dust. We must be survivors. Is the world just rubble now, I sadly contemplated? I wondered what evils lurked in the shadows but I saw no movement in the haze.

He must understand this post-war story that we were living in. “Who are you and where are we?” I tried to ask.  His words were muffled, but his eyes said we were a team. I timidly leaned into him, putting my head to his chest, happy for a moment to relax and collect myself.

The doctor is on the way

Then, a woman appeared from nowhere and was talking to my friend. I examined her face but I had no recognition of who she was. She must be a survivor joining our group. She placed her hands on my shoulders and started moving her lips at me. Finally, my ears popped. “Love, do you speak English?” I was confused. “Love, do you speak English? Cómo te llamas? Do you understand me?”  Her curly hair made me dizzy as she put her face closer to mine. “Love, we called the doctor. Can you hear me? The doctor is on the way.” Hearing “doctor” repeatedly drew me back into “reality.”

I looked up at the man I had melted into and suddenly could see how awkward he was with his arms around me. I was just a stranger clinging to him! He was desperate to get out of this situation, and negotiating his exit plan with the woman. He slid away from me and pushed my jello body towards her, giving my shoulder one last squeeze with a warm half-smile. I felt abandoned watching him walk away. I felt alone. And I was starting to realize I was in an entirely different reality than the man I had believed was my teammate.

“Miss, do you know what happened? Do you speak English?”

An ambulance seemed to have arrived the moment I turned my head. “What’s your name?” The one with the tattoos and bushy eyebrows asked while the fat one took my pulse.

“My name?” I couldn’t remember. “I’m on my way to a movie…” I mumbled. It was the only thing I could think to say as the fat one continued to poke and prod me. I looked down the street to see if anyone or anything was familiar. Jamais Vu.

“My friends are over there…” I pointed up the street with my chin. I was lying but hopeful.

“Miss, you were found unconscious in the middle of the street. We don’t think your friends would leave you like that, and there is no movie theater nearby. You have a concussion and need to come with us.” The tattooed man stated while dilating my pupils. I didn’t want to go anywhere with him or that fat man! They could be kidnappers!

My panic kicked in and I started looking up and down the street for my friends and the brown-eyed man. Where were they? The curly haired woman was now pulling me to my feet, “don’t worry, love. They’ll take good care of you.” I resisted and put all my weight in my heels, but the two men picked me up effortlessly. These could be bad guys, here to kill me, or worse, I thought. The world was still in shades of grey as fear knocked me unconsciousness.

Sarah and Mary to the rescue 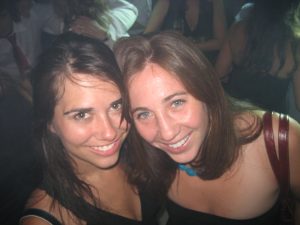 I woke up in an overstuffed hospital with a doctor scrolling through my phone. “Who would you like me to call?” he asked, welcoming me back to reality. Names and faces flashed through my mind. Everything was clear and understandable.  “Sarah & Mary.” I smiled because life was in color. The war was over.

Sarah arrived in what felt like minutes. Bright, blue eyed, Sarah! My partner-in-crime and movie-marathon friend. Minutes later Mary rushed in the room. Mary, my voice of reason and dance partner! Both of them were here, they were real. The war-torn, colorless world didn’t exist. I lived in a beautiful world with wonderful friends!

Appreciation for lucidity is a sensation that I never was able to pinpoint until I lost it.  Being present is an indescribable feeling that I am incredibly thankful for! And a feeling many take for granted.

Surviving that war-torn, alternate reality gave me a deeper appreciation for the simple things. It also amazed me how an afternoon like that could put my life challenges into perspective, streamlining even the most difficult of decisions.

I’m Maureen, and I have epilepsy. You’re probably reading this because either you have epilepsy, or you love someone that has epilepsy. Whatever sparked your curiosity, I am happy to be sharing my experiences with you. From having seizures in foreign countries to begging pharmacists that don’t speak English for medication, I can definitely say that it’s been an interesting journey. Hopefully reading about my ups and downs, and my everyday and not so everyday adventures will inspire you too! Welcome to my life of living well with epilepsy!