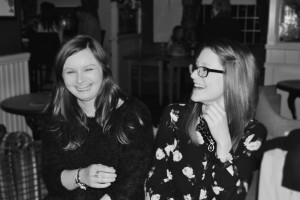 This post is part of the Epilepsy Blog Relay™ which will run from June 1 to June 30, 2021. Follow along!

Are you new to Epilepsy? Have you had a recent diagnosis of epileptic seizures in your family? Maybe I can help ease the anxiety with this column.

Before diagnosis, when everything is still very raw, very scary, very “new,” it’s hard to get your head around things. It is important to understand that seizures take many forms. Before your doctor can prescribe the right treatment, he or she must figure out which type (or types) you have. Yes, you can have more than one type!

The tests can be scary, but to help you will find the purpose of all the tests discussed in the Diagnosis section. These tests will help your doctor determine not just to tell whether you have epilepsy, but also to tell what kind.

Over the years, after tests, scans, appointments, both Mum & Myself seem to have become experts in epilepsy! Well not quite, but it’s amazing what you learn from something so scary. One thing we have learned is the commonly used names for seizure types. Seizures are generally put into two major groups of seizures, primary generalized seizures and partial seizures, which maybe you knew already.

The difference between these types is how and where they begin. For example, primary generalized seizures begin with a widespread electrical discharge that involves both sides of the brain at once.

Partial seizures can be broken down further, depending on whether a person’s awareness or consciousness (the ability to respond and remember) is affected. It may seem confusing, but it’s really good to know all the facts about different epileptic seizures, and it is also really interesting!

Then there is the complex partial seizure. If the seizure is complex, you may lose consciousness and you will not remember what happened. A complex seizure can last for a minute or two and may be preceded by a warning sign (an aura), such as a feeling of uneasiness or nausea. You may feel sleepy and confused afterwards, too.

Having epilepsy does not make you weird, strange, odd, and it is not contagious. A lot of my old school friends thought they could catch it off me, they also thought I was very strange because I looked a bit “silly” when I was staring. My friends use to think that just because I didn’t jerk or convulse, that I couldn’t have epilepsy. But there are over 40 different types of seizures!

When you first start a new school, job or if you are meeting new people, it is difficult to know whether you should tell them about your condition (or your child’s condition if they are in school). I feel it is VERY important to let people know, because if something were to happen it is useful to have an “eyewitness account.” If you had to go to the hospital the witness could explain what happened and whether or not you hurt yourself. But not everyone agrees. You will have to make that decision for yourself (or your child). I wear an epilepsy band that has my details on in case I have a seizure in public.

It can happen to anyone

Anyone can have a seizure or a diagnosis of epilepsy, no matter their class, their lifestyle, how much money they have, anybody! If anyone wants to learn more, or if you have any questions, please leave a comment below and we will get back to you.

Are you newly diagnosed? Share your experience in the comments below.