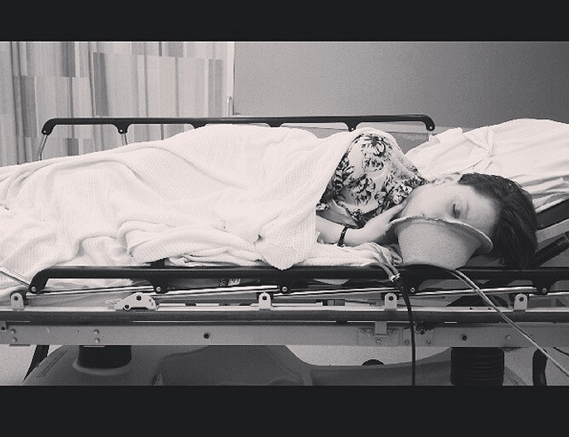 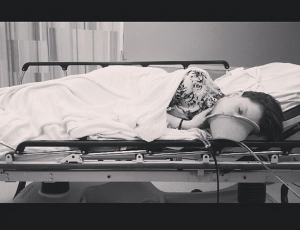 “I expect to pass through this world but once; any good thing therefore that I can do, or any kindness that I can show to any fellow man, let me do it now; let me not defer or neglect it, for I shall not pass this way again.” – Author Unknown (often attributed to Stephen Grellet

Do you ever feel that sense of dread, like something terrible is about to happen? Maybe you see a dark cloud around you or you feel out of place. I do, and it’s usually the onset of one of my many seizures. Everything around me goes bigger and I feel myself shrinking, like Alice in wonderland but not as pretty.

When I wake up in the morning, I usually know if something bad is going to happen that day. I usually feel more tired than usual. I feel weak and I have pins and needles in my fingers and toes. It will generally last from 7am up until 10am. It goes away and my temperature usually drops a little. Then I have a seizure a few hours later.

On Monday the 27th October 2014, I experienced something more painful and scary than ever before.

My alarm went off at 6:30am; I got out of bed and began getting ready for my day at work. I felt a little tired, a bit too tired for saying I had a good 7 hours sleep or so. I had my breakfast, a nice cup of tea and I headed for my train. I didn’t feel amazing but I felt better than most days.

My day was normal. I was doing my usual jobs throughout the day, but towards the afternoon I felt a little disorientated. My work colleague asked me to help him out in the test lab with the probes to test the temperature of the room; he went to the computer and I stood holding the probes as they detected the temperature. The reading should have read around 28 degrees+, but my hands were blue and I was 18 degrees, that’s when I started feeling a little rough. I went to sit back down and I had my lunch.

Floating in a dream

It was almost time to go home. I didn’t remember much more, other than my two work colleagues telling me to try and stay strong as it was almost home time. I felt myself drifting away and I felt this huge lump in my throat. I was sick. I am never sick before a seizure. I felt as though I was in a dream. Images passed through my mind, I could see things floating about and I could just about hear my colleagues talking to me, but they sounded miles away and all I could hear was echoes.

I felt trapped, I couldn’t move and I could feel myself drifting, as if I was on a board in the middle of the ocean with nowhere to go, feeling helpless.  I don’t remember anything from this moment (people at work say it was around 4:45), up until 10:30pm. Between those hours I felt nothing, I didn’t hear anything, smell anything, taste anything. I lost all of the senses; I was almost in a dream except I had no idea of the trauma going on around me.

A seizure over stays it’s welcome

Mum says she got a call from work saying I had been sick and wasn’t doing too great, but between then and when Mum arrived to collect me I had lost all consciousness and had stopped responding. Mum says she tried everything to get me back-calling my name, my nick name, rubbing my back or pulling my eyelids to try and see any sign of life. Nothing.

They called 111 to ask for some advice but before they knew it 111 had called an ambulance to come and look at me. I was still vomiting without regaining consciousness. I still don’t remember anything. I was taken to the resus unit in a&e where they did all they could to get me back awake again. Mum says they had a tube down my throat to prevent me from choking, they had needles in me, they were watching my heart and they injected me with an anticonvulsant to try and bring me round from the seizures and they gave me an anti-sickness medication to help that too. My heart was up and down, and there was still no sign of me waking up.

As the confusion cleared

It reached 10pm, I had been vomiting and seizing since the ambulance collected me. Voices began to become clear, my eyes began to open and I saw nurses, Doctors and my Mum and step dad by me. “That’s it Em, come on” the nurse rubbed my arm. “Can you hear us Emily?” she said. I nodded, I was so confused and everything looked as if it was underwater. I was seeing double and things that usually don’t move were moving around. Although I was awake, it still didn’t seem real. I could hear my heart monitor, I could feel the needles and drip in my arm, my chest was pounding and my whole body was one big ache.

I was kept overnight at the hospital and I had a lovely nurse who kept on bringing me tea and biscuits. I felt something really sore in my mouth, like a big hole or something. “What’s happened to my mouth?” I asked. Mum told me how I had bitten into my mouth and blood was everywhere. I was seizing that hard that my jaw went into what they call a masseter spasm where my jaw had locked in place and I had bitten a chunk out of my mouth.  I still can’t eat salt and vinegar crisps without it hurting!

I would like everyone to know that “All journeys have secret destinations of which the traveler is unaware.” Things can be really tough but something good always comes out of it, even if you don’t see it at first. I may have bitten a chunk out of my mouth and can’t eat my favourite crisps yet, but I have tried a less salty flavour that I actually prefer. Without that chunk of my mouth gone, I may never have tried a new flavour of crisp!