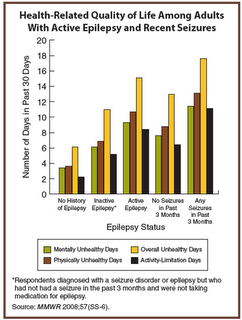 ‘Rare’ and ‘very uncommon’ are what patients hear from medical professionals when they ask the question, “Can I die from epilepsy?” But after having epilepsy for years, I just didn’t believe that the odds were in our favor, considering 3 Million people in the USA have it. So I did a little digging.

It didn’t take much. I quickly found that the AES considers ‘very uncommon’ to be approximately 45,000 deaths each year. According to the Epilepsy Foundation of America, about the same number of people die each year from seizures as die from either breast cancer or traffic accidents.

Yep, you read that right. Breast Cancer and Traffic Accidents. And really, how often are we walking to raise money for epilepsy or passing laws to fight for all those people dying from seizures?

Like I said the odds were not in our favor, there are more people in the USA (3 million) with epilepsy than there are people living with:

Okay, so you know the secret. But what can you do? Well, start by talking about it. Below are some sites you can visit that are talking about epilepsy.

For additional resources, check out my Epilepsy Resources section. And, for more startling statistics read Jon Meacham’s article in Newsweek titled “A Storm in the Brain“. 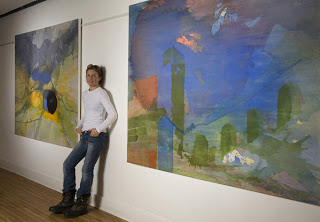 This fall, an emerging talent in the art world–and a woman with epilepsy–will have a solo exibition in Philadelphia.

Cathy Hozack on being an artist
“I’ve had epilepsy since I was five. The seizures and strong medications made me tired, confused, depressed and out of touch with reality. Over time, parts of my memory have gotten worse, but I can concentrate when using watercolors. I pick up a brush and the problems no longer matter. What I learned in Color Theory class is ingrained in my mind forever – but I have forgotten your name already.

I express my strongest feelings on paper and canvas. How I record the world around me depends on my mood and on what is going through my mind. I want to show everyone how I see the world around us.”- Cathy Hozack, October 2008 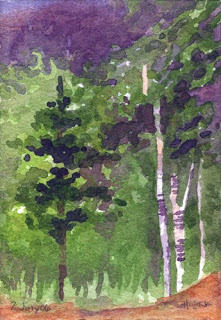 The best way to get the care you need is to be your own advocate. Living with epilepsy and taking medications that affect mood and thinking patterns, can degrade self esteem. This can take a toll on the willingness to speak up and say, “Hey, that’s not right!”, whatever ‘that’ may be.

There are times when it is important to let your doctor know about new side effects your medicine may be causing. Not only because it can negatively impact your quality of life but also those side effects can be doing more damage than you realize.

Then there are times when you may be having little seizures that seem like “nothing”. But since seizures beget seizures that means each seizure makes you more open to more seizures. It’s always worth mentioning.

Or it could be you just have a small question but you don’t want to “bother” the doctor between visits. Well, chances are you won’t. It may well be something that the administrative staff can handle and the doctor won’t even know you called.

Just think of it like going to a restaurant. You can go to the best restaurant in town, but if you don’t open your mouth and tell the staff what you want then you’ll be seated by the kitchen and wait for an hour to get cold food.

Silly analogy I know, but it can get that bad.

It just boils down to don’t feel bad about asking for what you want. Or for telling the doctor what you need. Remember you are paying for this service. If you keep that in mind it will help.