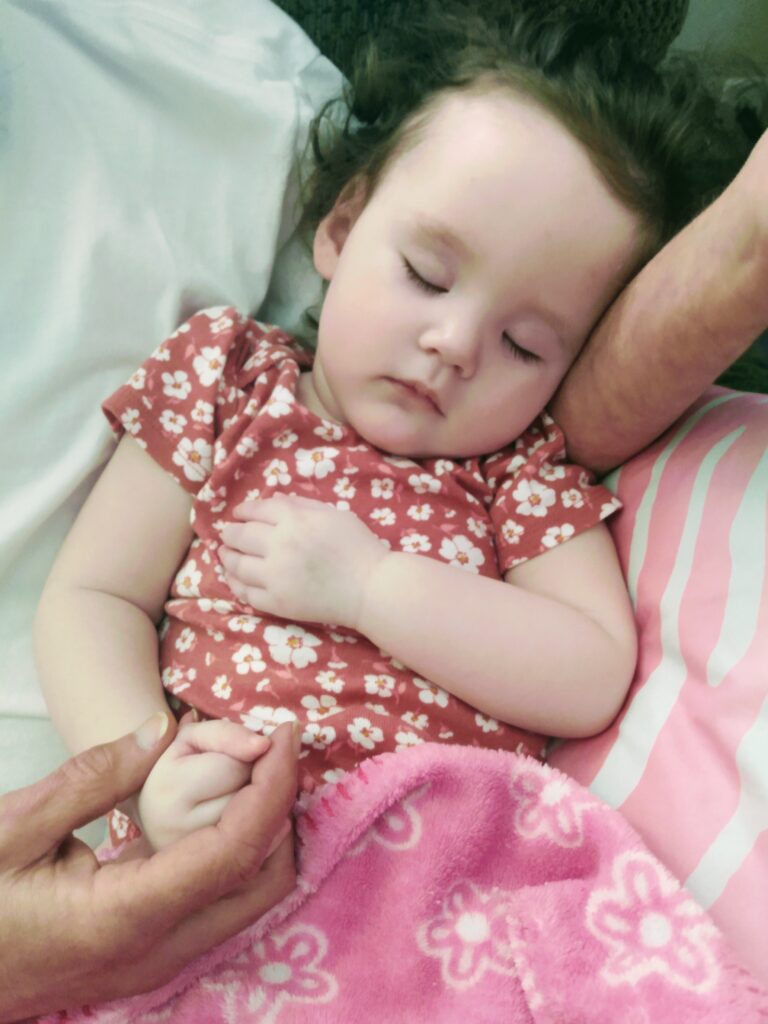 Avery has Glycine encephalopathy (GCE) or nonketotic hyperglycinemia is an inborn error of glycine metabolism, inherited in an autosomal recessive manner due to a defect in her GLDC gene in the glycine cleavage system. Her body produces too much naturally.

This defect leads to glycine accumulation in body tissues, including the brain, and causes various neurological symptoms such as encephalopathy, hypotonia, apnea, intractable seizures and possible death. She has a biallelic mutation in the GLDC gene. It’s just in her DNA.

What is Nonketotic Hyperglycinemia (NKH)?

Nonketotic Hyperglycinemia (NKH) is a disorder characterized by abnormally high levels of a molecule called glycine in the body (hyperglycinemia). The excess glycine builds up in tissues and organs, particularly the brain. Affected individuals have serious neurological problems. Genetics checks glycine a lot to try and find that balance.

Avery has intractable epilepsy is a brain disorder that causes people to have recurring seizures. The seizures happen when clusters of nerve cells, or neurons, in the brain send out the wrong signals. People may have strange sensations and emotions or behave strangely. She may have violent muscle spasms or lose consciousness. She’s has seizures ever since she was born. Normally 20 a day.

Currently she’s on the Ketogenic diet through a Gtube in her stomach. Currently it’s a concoction of KetoVie 3:1, water, beneprotein & lite salt. Its a high-fat, low-carbohydrate, adequate protein diet that can be used to treat difficult-to-control seizures. The human body uses mostly carbohydrates for energy. When carbohydrates are not available for energy, the body can use fat for energy instead. The breakdown of fat for energy produces a waste product called “ketones.” The state of ketosis is often associated with improved seizure control.

The ketogenic diet resets how your body uses food. Usually, carbohydrates in your diet (like sugars and starches) provide most of the energy. The keto diet lowers the amount of carbs you eat and teaches your body to burn fat for energy instead. Since the keto diet she now has 0 seizures!!!