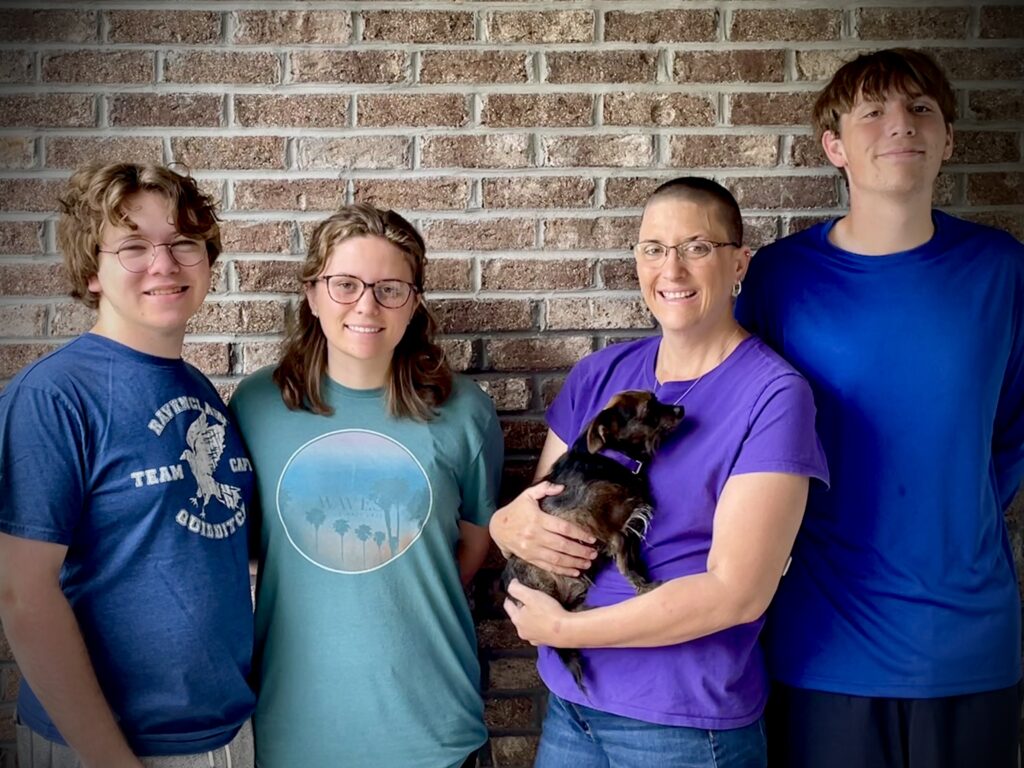 Imagine at 19 receiving a death sentence… “We’re sorry, there’s just no hope.”  In 1999 a brain tumor was found and I had surgery.  My first night home I woke up and was unable to move or make sounds, for what seemed like an eternity.  I was aware but stuck.  The neurologist did an EEG.  The results showed epileptic activity so I was told “no driving” until I was seizure free for a year.  I had brain tumor related epilepsy.

Two brain tumors, a death sentence, and my freedom were ripped away in those two words!  I know deep down past the “pissedoffness” is the desire to keep myself and others safe. I started taking anti-seizure meds. Increases, decreases, side effects, and missed doses, oh my!

Over the years, breakthrough seizures continued despite seizure-free months. Things stabilized and I was able to go a year without a seizure, so I was able to drive again…until the next time. Since 1999, I have had to stop driving many times due to epilepsy.

My seizures went from controlled or unnoticeable to erratically disrupting my life.  I lost the privilege to drive again which meant no teaching, or familiar ways of my previous life.  I had to be dependent on others and it made me feel like a burden.  My dad said, “When you become a mom you will understand”.

Although my seizures were somewhat managed over the next 22 years, they still controlled my life.  In 2020, I was cleared to drive again until I woke up in my car, off the road, in pain and confused.  I was charged with a DUI. It consumed my time and money! In the end, my labs came back clean but the doctors echoed my least favorite words, “no driving”.  Anger.  Frustration.  Disappointment.  Understanding.

Struggle to create a life

These struggles were mild compared to what happened in 2021. I had the worst seizures. I had my first ever, multiple, dangerously intractable, grand-mal seizures, causing even more brain damage. I needed months of PT, OT, and ST.  Crawling back to a life that was ripped from me. Again those words, which made me want to scream, “no driving”.  Next I headed to Vanderbilt to see if non-medication treatments might help. My neurosurgeon amazed me when he simply said, “My one goal is to get you feeling better”.

Prior to and after my hospitalization last year, epilepsy ruined my life more than ever.  I hurt those I love, which pushed them away. This wasn’t a choice but a part of my epilepsy. None of us deserved the hell my brain was causing.  Dad, Emma, Ethan, Noah and Jay you are strong, forgiving, and resilient.  I appreciate y’all!

As my epilepsy became understood by those closest to me, I felt acceptance.  My kids and I are on a path moving forward to a better place. My dad, my rock, worked tirelessly to learn about epilepsy as well as to educate others. My friend, Jay has done an exceptional job helping me with communication skills and confidence.

My brain surgery story has much to tell.   A second much more aggressive tumor appeared…  Follow me, as I unfold a story I didn’t write, but traveled. It’s a story bursting to be told.  A twist you might predict, but an ending you won’t believe…HOPE!

Hope is not easy to find, especially with epilepsy.  Surround yourself with those who encourage you and meet you where you are.  Let their love encompass you, you deserve it.  In my experience hope is found in God and others.  No matter what…Choose Hope!