Thirteen years ago, my husband and I, then ages 51 and 38, respectively, decided to grow our family beyond the two of us and a cat. Our tiny, urban apartment, our advanced ages, and my epilepsy were issues we were determined to manage exclusively with experts in each field.

The first call after our Big Decision was to my epileptologist’s office. At this juncture, I was uncertain about almost everything. How would I choose which maternal fetal medicine (MFM) specialist had demonstrated expertise in caring for women of advanced maternal age with epilepsy and their developing fetuses? Anxiety mounted into all the hypotheticals. Yet by the day of the appointment, it turned into reality with a two-parallel-lined positive pregnancy test. The questions kept coming, and so did the fears. As many women both before and after me, I entered the exam room full of emotion and with a deep need for answers.

Q: What about sleep deprivation and night feedings?

He told me we needed assistance in the night and support so that I could sleep during the day. Of that he was certain. And that was where the certainty seemed to end.

Q: What about antiepileptics?

Should I expose my child in utero — and then possibly postpartum — to the drugs that sometimes affected my word retrieval and cognition? We discussed the available published literature as well as anecdotal observations about what other women in his practice were choosing. He said I would need to conduct my own risk-benefit analysis, but without reservation I needed supplemental folate. At least those folic acid data were conclusive.

Q: What about the risk of increased seizure frequency during pregnancy, or seizing during labor and delivery?

Maybe, yes, on both accounts, he surmised. Increasing seizure frequency was observed in several pregnant patients, but he could not quantify the percentage. This major concern for fetal development and birth injury echoed what I had read and heard many times. Mounting ambiguity was painful.

Q: What about nursing?

When I left his office, I felt so confused and second guessed every decision. All I could see were multiple risks for significant developmental delays and increased seizure frequency. I noticed the infant formula at our grocery store had dust on it and concluded I was the only one in our neighborhood considering such a maligned option. Depression started to form a slight layer on my anxious soul. How could there be so many gaps in evidence and, in turn, how do pregnant women with epilepsy make informed decisions to optimize infant health outcomes?

Weeks later I ran into our downstairs neighbor and shared the news of my pregnancy. She gleefully asked about my birth plan, while sharing her beautiful vision for hers. When I relayed that my line items included supplemental oxygen and an epidural, she seemed confused by my lack of midwifery and labor/delivery musical selection preparation. I felt I lacked the glow of a first-time mother-to-be and and attendant guilt for failing my developing child.

In many conversations since those days with both neurologists and expectant mothers living with epilepsy, I am aware that even with the publication of new guidelines and evidence, pregnancy remains a challenging and uncertain time. And while 2020 was not cause for much celebration, we can praise the landmark study published in The New England Journal of Medicine, which narrowed a major evidence gap for those desperate for high quality research in personal decision making.

The multi-center, prospective observational study found that during pregnancy and the peripartum period, women with epilepsy who were monitored carefully by their physicians did not have an increased seizure rate compared to women with epilepsy who were not pregnant during a similar time period. Thankfully, after all these years there is reassurance for those concerned about significant changes in seizure frequency during pregnancy. For so long women living with epilepsy were counseled about an increased risk of worsening and diminished control and, understandably, made major life choices accordingly.

The Joy of Motherhood

This month, my vibrant, inquisitive, and good-humored daughter turns twelve years old. The overwhelming joy of being her parent is in inverse proportion to the terror of gestation and those early months – and early years – when we were on high alert for any developmental consequences of choices made with a dearth of evidence. Of this I am certain.

I am also certain that if you are struggling now, please remember you are not alone. Ask your obstetrician or local Epilepsy Foundation for a support group or therapy referral. 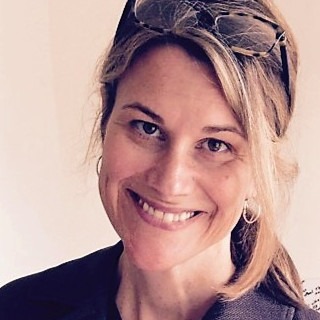