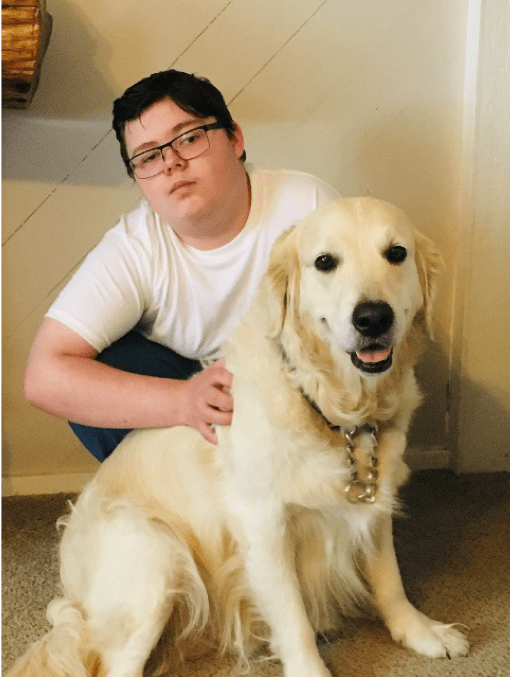 This blog post was submitted by Sunovion Pharmaceuticals Inc., the Founding Sponsor of the November 2019 Epilepsy Blog Relay.

When my son Brett was diagnosed with epilepsy, I had a terrible feeling of déjà vu. That is because my older son, Brynnon, also has epilepsy, so my family has dealt with it a lot. So much so, that I once caught my daughter tucking all her dolls in before bed and whispering, “Make sure you have your emergency medicine near you.”

While I was disheartened to hear that Brett would also have to live with epilepsy, I felt prepared because of my experience with Brynnon. Brett’s seizures were different from Brynnon’s so I had to learn how to address that. Unfortunately, Brett’s seizures were more severe and took more of a toll on him. Luckily, I knew what to pack for Brett to have everything he needed in case of an emergency. I memorized his list of medications backwards and forwards, so I could tell them to an EMT or a nurse if Brett was having a seizure and my brain was scrambled with worry. I had done all this before. I thought I was ready. But I wasn’t ready for drums.

Brett takes up the drums

About two years ago, Brett decided he wanted to learn to play an instrument, just like his older brother. He tried to pick up the guitar, but his fingers were too short to reach the strings. So, he settled on drums.

This is most mothers’ worst nightmare, but I saw it as a motivator. Due to some other health issues, Brett required physical therapy. So, my husband and I went out, bought him a drum set, and put it down in our basement. That way when he wanted to play, we could help him up and down the stairs, and it would be good for him.

Brett took to the drums quickly. He watched internet tutorials, and his brother helped him as well. He loved it, and I loved seeing him so happy, even if it made for some noisy nights.

Sometimes after a cluster of seizures, the next time Brett practiced, he would discover he’d lost some of his drumming skills. All that hard work and knowledge just washed away. This would always depress Brett, and I couldn’t blame him. I worked with Brett’s doctor so we could choose medications that worked, but did not aggravate his depression or cognition issues. Fortunately, Brett is resilient. Normally, something would reignite his passion –a cool rock performance on TV or just a song on the radio with an awesome drumbeat. He would get back to it, relearning everything he lost and then some. I was, and am, so proud of my boy.

Every rock star needs a roadie, and Brett decided that he wanted the four-legged, furry kind: a service dog. It was going to be tough to come up with the money for a service dog. That’s when Brett took matters, and his drumsticks, into his own hands.

With a little help from us, Brett set up a Facebook Live event. He let people know he would be drumming for donations to get a service dog. With that, he launched into his performance. It was all his idea, and his bravery was stunning to our whole family.

This tale ends with a tail, Taylor’s tail to be exact. Thanks to help from others and Brett’s drumming, we raised the money to adopt Taylor. Taylor is a beautiful yellow Labrador that has helped Brett feel safer and more confident. Seeing him playing with the dog that he earned doing something he loves warms my heart.

Although Brynnon’s journey taught me what seizures looked like and how to communicate effectively with his doctors, I couldn’t prepare for every twist and turn in Brett’s epilepsy journey. Yet, through it all, there have been some wonderful surprises along the way.

This blog post was submitted by Sunovion Pharmaceuticals Inc., the Founding Sponsor of the November 2019 Epilepsy Blog Relay.