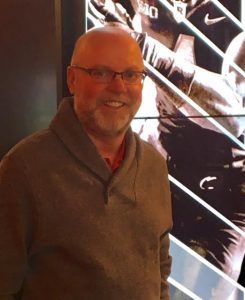 You may have heard of Coach Jerry Kill from his days as Head Coach of the Minnesota Gophers. Of course you may know him from when he was awarded Big Ten Coach of the Year in 2014, or from when he was named to the Kansas Sports Hall of Fame. You may also know him as an advocate for people living with and affected by epilepsy.

Coach Jerry Kill, was recently named Offensive Coordinator for the Rutgers University Scarlet Knights football team. He retired from his position as Head Coach in October 2015 after experiencing epilepsy seizures, but he was able to gain control over his seizures in 2016 and began his new position at Rutgers University.

Coach Kill took a break from recruiting and coaching to speak with Jessica Keenan Smith, Founder of Living Well With Epilepsy about his new position and living with epilepsy.

Living Well With Epilepsy: Thank you for taking time out to speak with me today. Do you mind if I ask when you were diagnosed with epilepsy?

Coach Kill: Back in 2005 I had a Grand Mal seizure, though I may have had problems before then.

LWWE: I’m sure you know your players and your fans look up to you. Is there anything unique you do to manage your seizures.

CK: I’ve found that sleep is so important. I’ve also done meditation and yoga to help. And, taking time for yourself makes a difference. When I was Head Coach I used to get about two hours of sleep a night but now I’m able to sleep and take time for myself.

LWWE: Is there anything you want people reading this to know about epilepsy?

CK: When I was diagnosed I didn’t know anything about epilepsy. I didn’t even know there was such a thing as an epileptologist. Now I am lucky to have found a doctor who can help me manage my epilepsy. Raising awareness is so important.

LWWE: It sounds like a great campaign. Can anyone participate?

CK: Anyone can join #TackleEpilepsy by sharing your game face for the big game this Sunday. All you have to do is:

1. Take a photo of your best “game face”

LWWE: Coach, thank you again for taking time out of your busy schedule. I know the Rutgers University community is thrilled that you have come to New Jersey. We wish you an outstanding season.