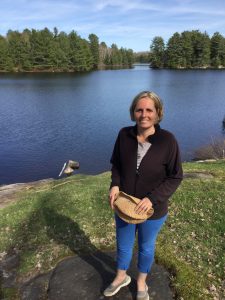 This post is part of the Epilepsy Blog Relay™ which will run from June 1 to June 30, 2017. Follow along!

6 weeks after my right frontal awake craniotomy I am sending out my first parcel for my business. Who’d have thought I had just had brain surgery? An elective operation, I wrote about my thought process before saying yes to surgery in my previous post. Now I am taking a little time to explore how I feel and whether it was worth it?

I am still having the absence seizures. They seem to have lessened, but it is too early to be sure. My surgeon tells me that they may still reduce over time, even stopping totally. Reducing or stopping is not a given. I didn’t feel he was very confident about this happening and think he would have preferred a definite stop after the operation.

The operation took place during Epilepsy Awareness Week here in Canada, purple became my new best friend and the timing seemed to be fateful. In the two weeks before my operation, it was on my mind 24/7 for the first few days. Wanting to be in top form for the operation, I forced myself to stop going over it, I needed to be positive (and get some sleep). There had been a lot of thought and discussion before agreeing, I needed to have faith it would all go well and that the decision was correct.

The operation had 1% risk of paralysis or stroke, the chance of a brain bleed or the possibility it may not work. Because of the positioning of the lesions they planned to remove, it could also affect personality, planning and motor skills. My biggest fear was that my personality might change? I might not be me? After all, I kinda like me (is that allowed?). 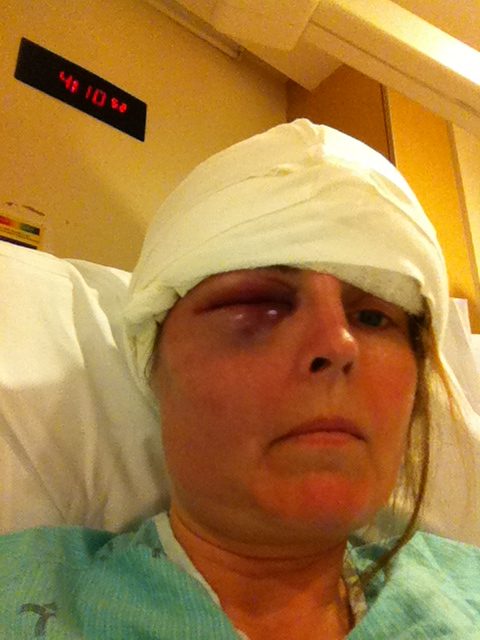 I awoke from the operation with a large headache and an amazing black eye. I had been prepared for 2 weeks of major headaches, a further 4 weeks of serious recovery and I had closed my business ready for the 3 months’ total recovery. The headaches grew less in hospital with the help of hydro-morphine. I was up and about on day one, and everyone agreed I was still me – phew! No personality change. On day two, I could have gone home, I requested another night, it is better safe than sorry! I was released on day three with plenty of hydro-morphine. After leaving, I coped with just Acetaminophen. I suffered very little in the way of pain and in the first two weeks; today nothing!

How do I feel 6 weeks on? I took a chance, I knew the odds – a 40-60% chance of success. My surgeon was very clear with me and the operation went to plan. I knew it was a risk and I could still be recovering, instead I am back working, but slowly, with the surgeon’s blessing.

My operation went well, they took the areas that they believed were causing my epilepsy, and in time, maybe the seizures will go. Secretly I had hoped to be seizure free, a reduction was not what I had hoped for. I have had epilepsy for over 30 years, I have had an amazing life, with great family and friends. Today, I have a kickass scar (I always think you need a great scar to prove you had surgery). I believe it was totally worth it and the correct decision. If I hadn’t gone ahead, I would still be wondering today. I can only make sure that the next 30 years are still amazing, taking my kickass scar with me.

TWITTER CHAT: And don’t miss your chance to connect with bloggers on the #LivingWellChat on June 30 at 7PM ET.