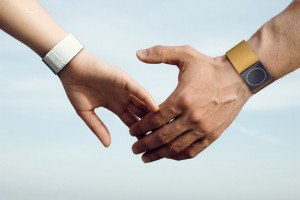 Rosalind Picard on the Embrace Watch

I’ll never forget the first time I saw the data.  At MIT, we built a wrist-worn sensor to monitor the “autonomic stress” that usually climbs with a fight-or-flight response. My student had borrowed two of our sensors to take home to see what was stressing out his little brother, who was non-speaking and had autism.

As I sat at my laptop, reviewing the boy’s data, most of it looked normal. Then I clicked to the next day. My jaw dropped.  Data from one of his wrists showed a peak that was greater than ten times a typical stress response. His other wrist showed no response.   I muttered, “Both sensors must be broken: How could a person be “stressed” that high, but on just one side of their body?”  I tried to debug it.  Perplexed, I called my student at home.  He checked the date & time stamp, and his diary, and told me that was when his brother had a grand mal seizure.

A learning adventure began:  Sometimes a patient’s hair could stand on end on only one arm before a seizure. Another patient might have goose bumps on only one arm.   Boston Children’s Hospital’s Chief of Neurosurgery helped get ethics approval and we added our wristbands into his epilepsy study.

Video-EEG’s, synchronized with our sensor, showed that 100% of the grand mal (or “generalized tonic clonic” (GTC seizures) gave our wrist sensor significant responses.  For most seizures the responses appeared on both wrists.

When we asked why the skin response we measured was so big, we encountered another surprise. First, a few words about SUDEP – sudden unexpected death in epilepsy. SUDEP kills more people in the USA every year than house fires or Sudden Infant Death Syndrome, and everybody knows about those. People with one or more GTC’s in the last year are at heightened risk of SUDEP. Scientists have studied patients who died of SUDEP while wearing an EEG.  In all cases, the EEG went “flat” after the seizure, but the person was still alive for many minutes after the seizure, during which time they may still be able to fully recover. This flattening of the brain waves is called “Post-ictal Generalized EEG Suppression” (PGES).  The reason this is important to our story is we learned that the bigger the response measured on the wrist, the longer the PGES. This surprising finding is now published in a top medical journal (Neurology), led by my PhD student Ming-Zher Poh, and has been replicated since.

Apparently, PGES does not mean your whole brain is “shut down” – only the activity near the surface. Another vital finding showed that a seizure can activate a part of your brain that can shut off breathing – the “amygdala”.  When the amygdala gets atypical stimulation, the signal we measure can become very large.

While I set out to build a wristband to measure stress in daily life, I realized that we’d built a wristband that could detect GTC seizures, and signal that they might be potentially dangerous.

The latest studies show that SUDEP is less likely to happen if somebody checks on you after a GTC. Simply saying your name, flipping you over, stimulating you, may in some cases restart breathing that amygdala activation turned off.  If you have GTCS’s make sure you are not alone when they happen, especially in the minutes afterward!

Inspired by these findings, we took the most up-to-date advanced technology and created Embrace Watch.  We made it beautiful so many people without Epilepsy tell us they want to wear Embrace just because it’s a super-cool looking way to tell time.  And, soon it will be logging sleep, activity, and autonomic stress.  But most importantly, it can run an app to detect “unusual events” and send an alert to somebody you designate.

I’m excited to say that this week, our hard-working tiny team at Empatica (full disclosure:  I own founder’s stock, donate my time to help them, and chair their board) has finally shipped the first beta versions of Embrace Watch.   We still have a lot of work to do to make it do everything we want it to do, but finally it is on its way.  I hope it will help make many lives better. 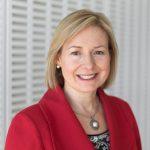 NEXT UP: Be sure to check out the TWO posts tomorrow. One can be found at LivingWellWithEpilepsy and the other can be found at Management:Living With Epilepsy. For the full schedule of bloggers visit the March Participants gallery.

You can still participate in the Epilepsy Blog Relay Thunderclap to raise epilepsy awareness. And don’t miss your chance to connect with bloggers on the #LivingWellChat on March 31 at 7PM ET.

Disclaimer: this is NOT a sponsored post and Living Well With Epilepsy does NOT receive any income or benefit as a result of this post.