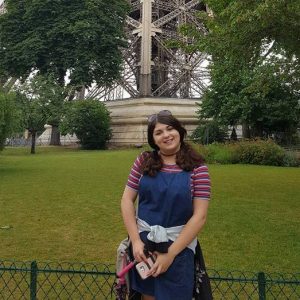 I was diagnosed with epilepsy when I was in about 7 years old. It took so many tests for my diagnosis, and no child likes being poked and prodded with needles, having electrodes stuck all over them and being put in a noisy MRI scanner. Originally the doctors thought I had diabetes, this killed my mum, which I didn’t really understand. Then the diagnosis of epilepsy came and my mum was slightly relieved. Although now she says she wishes it was diabetes.

Growing up was difficult. Trying so many medications to get the right one caused me to have some insane side effects. One made me think I was a fish (I walked around making the ‘bob’ face like a fish and didn’t speak at all). Another made me write both backwards and upside down. Let me just say, a) that’s pretty scary, and b) I’m sure they thought I was possessed! Once the right medication was found things started looking up, I sat my year 6 sats and got straight 5s. I was a clever kid who loved to learn.

Then I moved to high school and things didn’t look great. My seizures became so bad and my cognitive functioning deteriorated so much they didn’t think I’d be able to get GCSE’s. I was constantly watched over and never allowed to be on my own. It was really tough and it had a bad effect on my social life. My friends would go on trips to town and the cinema and I had to stay at home in case I had a seizure.

Never let it stop me

Luckily things picked up and I got alright GCSEs and got into college. I’ve never let my epilepsy stop me. I didn’t want it to define me, but epilepsy has made me who I am. I eventually went traveling to Kenya in 2011, and Gambia in 2014 both volunteering with charities. I wasn’t going to let my epilepsy get in my way.

Now I’m at university, studying psychology and I’m about to complete my final year. I’d love a 1st but I think I’ll get a 2.1 but that isn’t too bad for someone the doctors said wouldn’t get GCSEs.

Life is good and I now embrace my epilepsy. If I didn’t have it, my life could have turned out completely differently. Epilepsy has had its negative effects but epilepsy has made me who I am. On the whole it’s been a good journey to this point.

The scary thing is going into the working world. I can’t drive. I know this will make it harder to get a job, especially in the field I want, but I know it will happen. My faith has helped me through my life. It has picked me up when I felt terrible about myself and been frustrated with my epilepsy. I’ve molded my life around it and I know my limits. I try not to push them but I am a student after all!

I have great friends and family, and an awesome boyfriend who look after me when my seizures are bad and support me and for that I am thankful and blessed. I’m 22 and life is good. I have epilepsy, but I am not epilepsy. And, I am certainly not an epilepsy sufferer!

NEXT UP: Be sure to check out the post tomorrow by Kathryn on https://ktslagle.wordpress.com. For the full schedule of bloggers visit the Participants gallery.