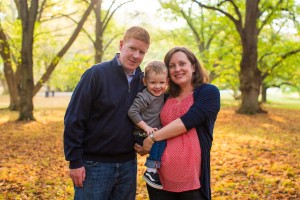 This personal story is Part 1 of a series of posts where Scott will chronicle his experience beginning with long-term monitoring and culminating in a brain surgery to manage his epilepsy. I hope you enjoy getting to know Scott’s story and benefit from his experience as much as I have.

I started having seizures approximately 15 years ago when I was 22 years old. Immediately following my first seizure (tonic clonic) I met with a neurologist who provided a very simple explanation “some people have one seizure and never have another seizure during their lifetime”.

I went approximately five years without having another seizure, at least that’s what I thought. After a cluster of partial complex seizures I realized that something was wrong but I didn’t know what it was. The only seizures I knew of were tonic clonic seizures.

I began experiencing this feeling more often and eventually met with a neurologist who explained there are different types of seizures.  I was diagnosed with epilepsy and medicated within three months.  Initially, I would go relatively long stretches seizure-free but eventually my seizures returned and increased in frequency. I tried multiple combinations of anti-seizure medications which worked for short periods of time but ultimately stopped working.

About a 15 months ago I began the process of determining whether or not I was a candidate for neurosurgery to eliminate my seizures altogether.  Initially, the process included two long-term monitoring visits at two different hospitals. If you’re not familiar with long-term monitoring it’s the equivalent of bed rest without the freedom to shower.  I spent my time in a hospital room with more than 20 electrodes glued (EEG) to my head, while under 24 hour video/audio surveillance. The extent of my mobility was getting out of bed and walking 15 feet to the bathroom.

My first long-term monitoring visit began by completely weaning me off my medication and sleep depriving me with the hope of capturing a seizure on an EEG reading.  I thought I was relatively prepared for my visit, bringing my iPad which had several books and multiple apps for watching television.  I didn’t realize the close relationship I was going to forge with my iPad.

Sleep deprivation (no sleep at all) began on the third day of my visit which lasted approximately five days.  The nurses would check in on me intermittently to make sure I was still awake, the first couple days was a struggle but by third day of sleep deprivation I was almost immune to it.  I found I was more concerned about watching the next episode of a TV show, which I managed to watch 48 episodes of during my visit, approximately two days (four seasons) of TV.

The neurology doctors rounded each morning with the same results, informing me that the doctors haven’t identified any unusual brain activity on my EEG readings.  After six days of sleep deprivation and endless TV, my frustration level grew to the point where I just wanted to go home.  I made the decision to go home and my doctor reinstated my medicine regimen to discharge me the next day.

Shortly after being discharged and returning home I had a seizure.  I went nine days (six of which I was sleep deprived and off my medication) without having a seizure and then I had a seizure within 90 minutes of being discharged.  I understood that was a potential outcome and my doctor warned me about that but it wasn’t easy to accept when it actually happened.

Time for a new doctor

I met with my doctor within a couple days and my doctor recommended that I consider another long-term monitoring visit.  I ultimately decided to change programs (I live in Boston with access to great resources) and I went to a hospital with a dedicated epilepsy program.

At my first appointment, the first thing the Director of the epilepsy program discussed was scheduling my long-term monitoring visit.  I asked what the average length of stay was at their hospital and he simply said that I’ll be there until I have enough seizures that they’re confident as to where my seizures originate.  I had to decide whether or not I was willing to be held captive in a hospital room for an indefinite period without showering to trigger seizures?  After doing a quick cost/benefit analysis I decided to move forward with another long-term monitoring visit…