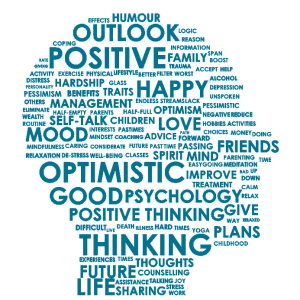 Anticonvulsant medication can control seizures in most people with epilepsy, but for about 30% of patients, they either aren’t effective or are intolerable. There are other options to consider in these cases. They include: Epilepsy Surgery, Diet, Nerve stimulation, and Counseling.

What is epilepsy surgery?

In some cases, brain surgery may be an option. Epilepsy surgery is an operation on the brain to control seizures and improve the person’s quality of life.

There are three main types of epilepsy surgery, these are:

Surgery is only considered if the area of the brain where the seizures start, called the seizure focus, can be clearly identified, and if the area to be removed is not responsible for any critical functions, such as speech, sensation and movement.

How Effective Is Epilepsy Surgery?

The effectiveness varies, depending on the type of surgery, with success rates varying between 50% and 80%. Some people are completely free of seizures after surgery. For others, the frequency of seizures is significantly reduced. In some cases, surgery may not be successful and a second surgery (re-operation) may be recommended. Most patients will need to continue taking anti-seizure medication for a year or more after surgery. Once seizure control is established, medications may be reduced or eliminated.

What are the risks?

There are risks with brain surgery, but that isn’t surprising. The surgery has a likelihood of completely controlling the seizures from 50% to 95% of the time depending on the epilepsy treated and the operation performed.

The benefit of epilepsy surgery is often much better than the circumstance of not pursuing the surgical management. So the decision to have epilepsy surgery usually is based upon consideration of the risks and complications associated with the surgery compared to the risks and complications and quality of life associated with continual uncontrolled seizures.

What are the options?

The ketogenic diet is one of the oldest diets known for seizure control, as well as helping other conditions such as Parkinson’s disease. It is a scientifically designed high-fat, low-carbohydrate diet that helps to control seizures in some people with epilepsy. You may have heard of the Atkins diet, it is much stricter than the Atkins diet as it
requires careful measurements of calories, fluids, and proteins.

Who will the diet help?

Doctors usually recommend the diet for children whose seizures have not responded to several different seizure medicines.

There is nerve stimulation called Vagus Nerve Stimulation or VNS, is a treatment for epilepsy where a small generator is implanted under the skin near the left collar bone. The vagus nerve is stimulated to reduce the frequency and intensity of seizures. This can be suitable for some people with seizures that are difficult to control with medication.

There is a second type of nerve stimulation or “neuromodulation” as the scientists like to refer to it. This is RNS or remote neurostimulation. The device is implanted directly into the brain and turned on to gather data on seizure activity. This is a new device that has only been implanted in a small number of people.

Maybe these things haven’t helped you, if they haven’t, don’t worry. I tried a new diet, I wasn’t suited to surgery and my medications weren’t working, I did endless research and I found that counseling is supposed to help a great deal, I didn’t hesitate to refer myself and it’s one of the best things I’ve ever done.

Some people with epilepsy become anxious or depressed about their condition. A doctor may be able to arrange counseling with the aim of overcoming these feelings.

One thing that helped me was to work out the seizure triggers, these can include: stress or anxiety, heavy drinking, street drugs. Some medicines such as antidepressants, lack of sleep, irregular meals which cause a low blood sugar level, flickering lights such as strobe lighting, menstruation (periods), and even illnesses which cause fever. For me it was constant tiredness, flashing lights and stress, but it is different for everyone. You should find out the triggers if possible and contact your GP who will help find a possible solution to your obstacles.