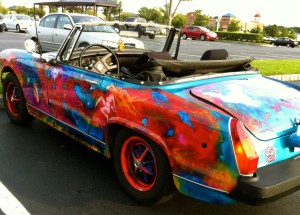 I was diagnosed with Epilepsy in May 2012. In December 2012 I had 2 seizures at home and my family called 911. They took me to the hospital because I had another when they were here to be monitored for three days. The hospital advised DMV and suspended my drivers license again.

Finally seven months went by seizure free and I went through the task of getting my license back. Then when my six month car insurance renewal arrived in the mail I found it was much much higher then usual. I called my agent and they said I have a revoked license violation on my record that’s why my premium went up.

What?? I wasn’t even driving…I had the seizures at home and now I have to pay for a illness I have no control over even when I’m not driving?

This isn’t right! We need to do something about this.