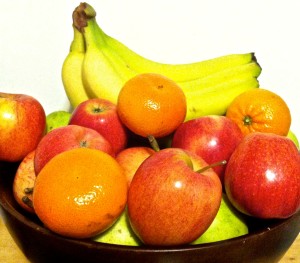 This personal story was submitted to Living Well With Epilepsy by Becky L. on her experience with the Ketogenic Diet.

I had “dizzy spells”  for as long as I can remember but didn’t know what they were.  In my early twenties I had one, but this time it involved a large lapse of time that I could not account for.  My family prompted me to see a neurologist who diagnosed me with epilepsy (petit mal).  I opted not to go on medication at that time.  I was newly married and wanted to have children and my doctor was understanding.  I continued to have these small seizures (about one every couple of months) and then I became pregnant five years after I married.

My OB-Gyn told me “the seizures could stay the same, they could get worse, or they could go away”.  Well they did go away!  The whole time I was pregnant and nursing my first son I was seizure free.  I then immediately became pregnant with my second and again remained seizure free during the entire pregnancy and 11 months of nursing.

When my second son was about 3 years old I started having petit mal seizures again (and more frequently than previously) until one day when he was about four I had my first grand mal.  My doctor put me on Carbatrol telling me “we don’t really know if this was a grand mal because it wasn’t witnessed”.  Well I have to tell you, because of that simple statement, I was lax on taking my medication.  At some point I had another grand mal and it was pretty serious. I suffered a severe concussion that to this day affects my sense of smell, which in turn affects my ability to taste. I also suffered pretty severe vertigo.  I learned my lesson and began taking Carbatrol daily for twelve years relatively side-effect free.  Or so I thought.

Being on these kinds of meds you all know you have to have regular blood tests to check different things from drug levels to liver function, etc.  Well during one of these routine blood tests my doctor found that my white blood counts were very low.  Over the course of a year I saw an oncologist and it was determined that the Carbatrol damaged my white blood cells and as she put it – this is a common side effect of Carbatrol.   Who knew?!  I had never heard this before but in my subsequent investigation of this medication I find it’s true and I can never take Carbatrol again.

On to the worst couple of years of my life.  The trials and errors of trying to find another medication to take the place of Carbatrol.  Over the course of about a year and a half I tried Lamictal, Vimpat, Keppra and Depakote.  All with awful side effects including extreme lethargy (to the point where I couldn’t brush my teeth!), shortness of breath, little to no appetite and to top it off they weren’t controlling my seizures.  At some point I remembered my sister telling me years before that a diet has been used since the early 20’s to control epilepsy in children.

Time for other options

I began my investigation into this diet in 2011 and discovered that adults too have been able to control seizures as well.  I contacted Dr. Eric Kossoff at John’s Hopkins Hospital and he told me to get the book that he co-wrote, “Ketogenic Diets, Treatments for Epilepsy and Other Disorders”.  First off I have to say that being able to pick up the phone and speak to this doctor directly, I mean he’s written books and is an authority, just astounded me.  To top it off after I got off the phone with him his nurse called me back to make sure that I got the FIFTH ADDITION of the book because it had the most current information of the Modified Atkins Diet.

I saw my neurologist to let him know this was the course I was taking.  He gave me a sheet of paper that essentially had a Paleo diet layout on it.  He admitted that he didn’t know much about the diet and said he would stand behind me in my endeavors but that he didn’t want to see me coming in looking all gaunt and thin.  I weighed 134 when I started and lost about 10 pounds to 124 and have maintained this weight throughout.

I began the Ketogenic Diet on September 5th, 2011, and was totally weaned off of medication by October 15, 2011.  I’ve just celebrated my second seizure free year on the diet and couldn’t be happier!  To think that I can control my epilepsy by diet alone is incredible.  I saw my neurologist on June 8th of this year and he has released me from his care with the instructions that if I ever need him just call him.

I have to say, in the beginning it wasn’t easy but with the internet and lots of people out there eating this way for one reason or another, not just epilepsy, makes it so much easier to follow.  Even my husband is hopping on the bandwagon after reading a book called “Wheat Belly”, about the terrible effects of eating wheat and wheat based foods (which is in nearly EVERY processed food) and I suspect could be the cause of many serious health issues, including epilepsy. I eat absolutely ZERO processed carbs and I don’t have the cravings that I used to have when I did eat processed carbs.  I also see my general physician twice yearly for blood work because I want to keep a check on this because of such a high fat diet and I’m happy to report that my cholesterol levels are better than ever!

I understand too that there are those out there that suffer daily and with many more multiple seizures than I ever had. I understand this may not work for everyone. But it has helped me. Thanks for this opportunity to tell my story.